Lorraine Hansberry on PBS
"Lorraine Hansberry: Sighted Eyes/Feeling Heart” premieres nationwide Friday, January 19 at 9 p.m. on PBS.
NAACP Says 45 is the New Bull Connor
We realize that the Bull Connor of our day is none other than the President of our nation.
Civil Rights Trail Interactive Website
On the site, you'll find places to see and things to do at each destination.
Dr. Theo Hodge, Jr. Has New Office
He opened his new office January 12 in the Providence Medical Building in NE Washington, DC.
POH’s 15th Online Anniversary
Back then, the online version was a complement to the print issue and called Port Of Harlem Snippets.
Review: Queens Girl In Africa / Ticket Winner: Darlene Houze
My doubts quickly disappeared as Helen Hayes Award winner Erika Rose demonstrated here superior ability to change character and voices in this solo performance.
Activities
Interesting, diverse things to do
Readers' Trends
See what is most popular in Port Of Harlem's e-mailed issue, and on our web, Pinterest, and Facebook pages.
Lorraine Hansberry on PBS 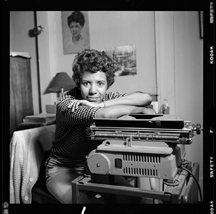 Friday, January 12, marked the anniversary of Lorraine Hansberry's death; she was just 34-years-old at the time of her passing.

Award-winning filmmaker Tracy Heather Strain examines the activism and art of Lorraine Hansberry (5/19/30-1/12/65) beyond her most well-known play, "A Raisin in the Sun" (1959). The film features interviews with Sidney Poitier, Ruby Dee, Harry Belafonte, and Louis Gossett Jr., narration by award-winning actress LaTanya Richardson Jackson, and the voice of Tony Award-winning actress Anika Noni Rose as Hansberry. The result is a timely and revealing portrait of an activist and artist whose popular recognition has, until now, remained long overdue.

In this clip, Sidney Poitier, Lloyd Richard, and Ruby Dee reflect on the unprecedented casting of Black actors in the Broadway debut of "A Raisin in the Sun."

"Queens Girl in Africa” playwright Caleen Sinnette Jennings, now playing in DC at Mosaic Theater, says such Black involvement in theater and movie productions remain "rare.” However, she continued, "it is a very wonderful experience when this type of working relationship happens because there is a baseline of understanding because we have a shared culture.” ("In Queens of Africa,” the playwright, director, dramaturg, and actress are Black females.)

NAACP Says 45 is the New Bull Connor
By the NAACP 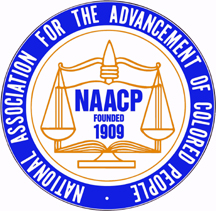 It is clear that the president wants to return America to its ugly past of White supremacy.

As our nation fights to move forward, our President falls deeper and deeper into the rabbit hole of racism and xenophobia. The United States’ position as a moral leader throughout the world has been thoroughly damaged by the continuous lowbrow, callous, and unfiltered racism repeatedly espoused by President Trump.

His decision to use profanity to describe African, Central American, and Caribbean countries is not only a low mark for this president, it is a low point for our nation. This President’s failure to grasp simple ideas of inclusion and maturity is an open sore on our democracy that continues to fester. It is clear that the president wants to return America to its ugly past of White supremacy where immigration laws as well as all laws of society only favored individuals from European nations and European ancestry. In fact, the President himself benefitted from those racially biased laws when his ancestors immigrated to this nation.

Yet today, he wants to force the American public to pay billions to build a wall to block off our southern neighbors in exchange for the return of protections for DACA that were already guaranteed to immigrants before he came to office. As we head into 49th NAACP Image Awards being held on Dr. Martin Luther King, Jr.’s Holiday for the first time to honor his legacy, we realize that the Bull Connor of our day is none other than the President of our nation. As King fought then, we fight today against those seeking to implement slicker and newer forms of racial segregation.


TIME magazine: See How Trump's Approval Rating Stacks Up Against Other Presidents After One Year 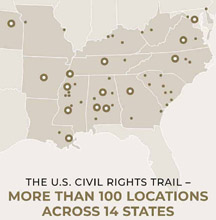 And make sure the true stories that changed history are never lost.

The site allows you to explore the destinations important to the Civil Rights Movement, as well as plan your journey to cities along the trail.

On the site, you'll find places to see and things to do at each destination. Plus, you’ll find in-depth explorations crafted to allow you to experience the destination or event in a more comprehensive way.

Dr. Hodge is actively involved in multiple speaker bureaus dedicated to educating healthcare providers in the management of the HIV infected.

Port Of Harlem magazine Health contributor Theo W. Hodge, Jr., MD has moved his medical office to the Center for Infectious Diseases at Providence Hospital in Washington, DC. "I will continue to provide primary care as well as assist in creating clinical and research opportunities to benefit all or our District residents including the underserved,” Hodge says.

Parking is free at the new location, he now accepts most insurances, and the hospital provides a free shuttle from the Brookland (Red Line) Metro station. The shuttle leaves the Metro station every 15 minutes for the five minute ride to the Providence Hospital Medical Building.

We featured cyclists Ivan Dominquez on the cover of the print issue when we debuted the complementary online issue - - 15 years ago.

In Snippets, subscribers could read the print version's cover story, travel story, and list of print issue articles. The posted articles included current news and feature stories that mirrored the subjects we covered in the print version.

To launch the then new service, 15 lucky winners received a free copy of one of the following exquisite coffee table books:

Just this week, Darlene Houze won free tickets to see "Queens Girl in Africa.” In December 2018, LaKeeshia Fox of Washington, DC got a free copy "In Your Hands,” (Simon & Schuster, $17.99) and Michael Campbell, also of Washington, DC, won the free drawing for "The Complete Month Of Meals Collection” (The American Diabetes Association,$29.95).

We will have more give-aways in the coming issues of Port Of Harlem - - which in now completly green (online). You must be a subscriber to win, subscriptions are free. To subscribe, click here. 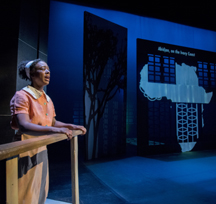 I was not too sure what to expect from "Queens Girl in Afirca," especially after one reader sent me an email expressing interest in the play largely because of the Black female involvement in the play. (The playwright, director, dramaturg, and actress are all Black women.) However, despite her interest, the reader was not sure what she would learn from the performance.

Even after interviewing playwright Caleen Sinnette Jennings, I knew the play was based partially on her moving from Queens, New York to Nigeria during her teenage years. Nevertheless, I had doubts on the authenticity and vibrancy of the play.

My doubts quickly disappeared as Helen Hayes Award winner Erika Rose demonstrated here superior ability to change character and voices in this solo performance. "We are living the dream of Marcus Garvey,” Rose said in a believable dialect as the lead character’s Caribbean father. Her lead character, Jacqueline Marie Butler, seemed a bit "Valley Girl” until she delivered the line, "I was Queen's (New York) Jackie, I was Greenwich Village Jackie,” as she explained the environments that shaped her life in New York as Nigeria was about to shape it again.

Even though the subject matter could be deemed "hot serious,” Jennings' writing and Rose's performance provided many points of cool shading. Sound affects supported by David Lamont Wilson provided the support Rose needed to make a vibrant show.

I am usually not a fan of solo performances where the actor or actress plays multiple characters. I find them hard to follow since all the characters are in one body and usually one costume. Besides providing a great story that brought to life many of my own experiences, Jennings, Rose, director Paige Hernandez, the dramaturg and the entire crew provided me an experience where I can say a performance with a solo performer playing multiple characters can be a mentally stimulating and entertaining experience.


"Queens Girl in Africa" is playing at the Mosaic Theater now until Sunday Feb 4, 2018. 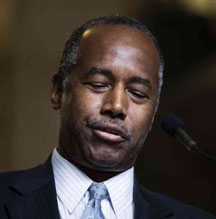 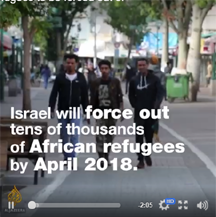 African Refugees to be Forced Out of Israel