National Museum of African American History and Culture Opens “More Than a Picture”
The first exhibition opens in the National Museum of African American History and Culture’s Special Exhibitions Gallery Friday, May 5.
Laurence Fishburne Breaks Down Gentrification
Twenty-six years later, the words are still true.
Curated Vendor Market Relaunches in Brooklyn
The Blak Market is about one block from the Brooklyn Museum and the Brooklyn Botanic Garden.
Despite #45, Americans Manage to Move Forward
From making college more accessible to removing the statues of original Confederates, Americans have managed to continue fighting the effort to end Reconstruction III.
Dinner Déjà Vu
Overall, Chef Hill Booker says, “Southern and French cuisines are really just different sides of the same culinary coin.”
Hook a Friend Up with Port Of Harlem
We need to increase our subscription numbers and you can help by inviting your friends to sign up, it’s free!.
Activities
Interesting, diverse things to do
Readers' Trends
Port Of Harlem, Pinterest, and Facebook
Features

Photo by Jason Miccolo Johnson from his book Soul Sanctuary: Images of the African American Worship Experience. The museum has 50 photos in their permanent collection from the book. .

The first exhibition opening in the National Museum of African American History and Culture’s Special Exhibitions Gallery opens Friday, May 5. The exhibit will include a photograph by Port Of Harlem contributor Jason Miccolo Johnson.

Johnson is a past member and officer of the Exposure Group - African American Photographers Association. Two of the group's founding members Sharon Farmer and Milton Williams also have photographs in the exhibit.

“Photography is about the feelings viewers have when they see the image and I am elated that the first special exhibit features the art of photography,” says Bonita Bing, president to the Exposure Group - African American Photographers Association.

In addition to Johnson, Farmer, and William's photographs, more than 150 photographs and related objects will be on display in the exhibition “More Than a Picture: Selections From the Photography Collection at the National Museum of African American History and Culture.”  The photos will be on the Concourse Level which will be used to mount temporary, short-term exhibitions in addition to the museum’s permanent inaugural exhibitions.

The photography showcases a striking visual account of key historical events, cultural touchstones, and in-his-hands and communal moments to illuminate African American life. From the eras of slavery and Jim Crow to Black Lives Matter, “More Than a Picture” presents a range of American experiences that look beyond the surface to see the photographs’ significance to history and cultural meaning.

Johnson’s recent works include YOURS NATURALLY: Beauty That Grows On You – photographs of women with natural hairstyles including Port Of Harlem contributor Kennedra Tucker. Tucker wrote the last issue’s lead story, Creeping Obesity: The Silent Killer. History making photographer Farmer recently conducted a workshop during the A Port Of Harlem Fall at the Alexandria Black History Museum with George Tolbert and featured on WUSA-TV’s Great Day Washington.

Back in 1991, Laurence Fishburne delivered an insight into gentrification and drugs in the 1991 movie “Boys N the Hood.” Twenty-six years later, the words are still true. 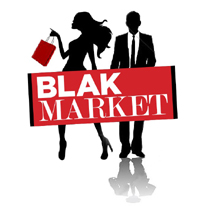 The Brooklyn monthly market ends on the first Saturday in October..

BLAK MARKET, a curated vendor market featuring designers and artisans of color, returns on Saturday, May 6, 11:30am-5:00 pm, to a new Brooklyn location, St. Francis de Sales School, 260 Eastern Parkway. The market is about one block from the Brooklyn Museum and the Brooklyn Botanic Garden, in the Prospect/Crown Heights neighborhoods. The monthly market ends in October, says coordinator Duane Thomas, and is free.

The monthly market is timed to coincide with Target First Saturdays at the Brooklyn Museum and will feature unique fashion, limited edition jewelry, and one-of-a-kind accessory items as well as beauty products, art, books, and edibles.

Admission to the Brooklyn Museum is free from 5p to 11pm on the first Saturday of every month.

Despite #45, Americans Manage to Move Forward 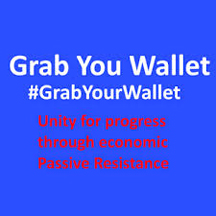 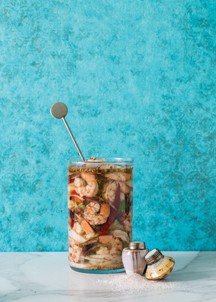 In addition to recipes, great photography stocks "Dinner Déjà Vu." But, when it comes to trying recipes, I will shy away from the pigs feet, but will try Pickled Shrimp & Onions (pictured).

We have not featured a cookbook in some time and Jennifer Hill Booker’s exploration into fusing traditional African American cooking with traditional French cooking was enough for us to take a look at her recipes such as Roasted Pig Feet with Whole Grain Mustard and her life story.

The Pig Feet recipe in "Dinner Déjà Vu" does not call for anything exotic, just the typical onion, garlic, bay leaf, cider vinegar, cayenne pepper, salt, black pepper, and vegetable stock. In the recipe’s sidebar, she even lists her love for “castoff pieces” including livers and gizzards.

Chef Hill Booker used the cooking skills she learned growing up in The South while at the Le Cordon Bleu College of Culinary Arts in Paris. Overall, she says, “Southern and French cuisines are really just different sides of the same culinary coin.”

“Very divisive,” added Chef Hill Booker, about her love for pig feets when at school in France. “Either they love it or hate it, no middle ground! People who love pigs feet love pigs feet, mainly for the silky texture of the gelatin and a bit for the memories of the last time they ate them. Those who dislike them, dislike them because, well they are feet, and not at all cute and cuddly,” she told Port Of Harlem.

She has learned to appreciate both cuisines and spends more time learning and sharing their similarities. “When I explain and demonstrate how similar Southern and French cuisines really are, people want to learn more about both. If their heritage is Southern, I've found that once French cuisine is demystified, they are able to see the similarities between the two and expand their Southern cooking repertoire. In the case of French cooking being their first cuisine, once they see familiar ingredients cooked a different way, they embrace it-often making changes to their traditional dishes.”

In addition to recipes, great photography stocks the book. But, when it comes to trying recipes, I will shy away from the pigs feet, but will try Pickled Shrimp & Onions.

In a large bowl, combine the oil, vinegar, ½ cup water, sliced lemon, parsley leaves, salt, red pepper, and garlic together, and set aside. Add the Shrimp & Crab Pickling Spice and 2 quarts water to a large stock pot over medium-high heat and bring to a rolling boil. Add the shrimp and cook for 3 minutes, until they are bright pink. Drain and set aside.

Layer the hot shrimp, dried cayenne peppers, bay leaves, and sliced onions in a 2-quart glass jar. Pour in the oil and vinegar mixture, making sure all of the shrimp and onions are covered. Cover the jar with a lid, or with plastic wrap, and refrigerate for at least 24 hours before serving. The Pickled Shrimp & Onions taste better the longer they sit, and will keep refrigerated for up to 1 week.

Hook a Friend Up with Port Of Harlem

Thanks to the many who are using our new Share button, at the bottom right - - when viewing Port Of Harlem on the web - - to thoughtfully share Port Of Harlem with their friends. We need to increase our subscription numbers and you can help by inviting your friends to sign up, it’s free!

We just need their email address, first name, and they should at least click on the first list (A - Port Of Harlem magazine (all subjects in the bi-weekly issue). With a subscription, we will deliver them our latest, concise issue to their e-mail box, usually at 11a - - every other Thursday.

Thanks for our support during Small Businsess Week, April 30 - May 6. 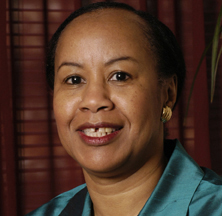 Discussion - Fatherless Daughter Reconciliation - project founder, journalist, and author Jonetta Rose Barras and discussion leaders share their stories about their loss due to father absence or parental abandonment and its harmful affects on their lives.

The Vision of an Inclusive Economy
in the District
The Urban Institute
Carnegie Library -- The Map Room
801 K St NW
Fri, May 5, 12p–1:30p, free

14th and U: A 20-year Transformation
Coalition for Smarter Growth
Walking tour
Sat, May 6,10a – 12p,
free registration

Getting the Most of Your Vacation for Less
Bernadette Champion
Alexandria Black History Museum
902 Wythe Street
Alexandria
Sat, May 27, 11a-1p, free 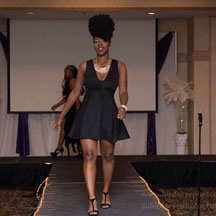 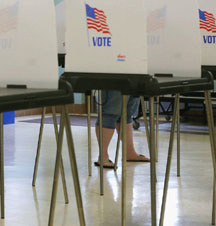 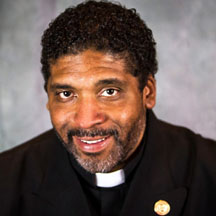