Port Of Harlem Readers on Donald Glover and "This Is America"
"It is brilliant, deep, and extremely powerful!" said Port Of Harlem reader Sy- Rah Nefertari.
National Poll: Most Older Adults Like Their Sex Lives
The University of Michigan National Poll on Healthy Aging asked a national sample of adults age 65–80 about their perspectives on relationships and sex.
Book Reviews
Surprisingly, "Golden Nuggets For Life," is one of the best books I have read so far this year.
A Love Not Returned
My children never had to go to daycare; I was always there for them . . . I came here for rehabilitation, but I have been here over a year now.
Tarana Burke and Others on Bill Cosby
Tarana Burke, The Academy of Motion Picture Arts and Sciences, and Umar Johnson on Bill Cosby.
Senator Tim Scott (R-SC) Promotes Little Known Tax Provision
Scott hopes the new law will spur investment in underserved communities by deferring capital gains taxes.
Activities
Interesting, diverse things to do - Win Tickets to see "Hooded, Or Being Black for Dummies."
Readers' Trends
See what is most popular in Port Of Harlem's e-mailed issue, and on our web, Pinterest, and Facebook pages.
Entertainment

Port Of Harlem Readers on Donald Glover and "This Is America"
By Wayne A. Young

Entertainment with a conscious makes a big splash.

Last week, he hosted Saturday Night Live (SNL). This week, his thought-provocking video "This Is America" is one of the most popular on the internet, with more than 50 million views.

His name is Donald Glover and though he joked about being actor Danny Glover's father on SNL, the two are not related. (Danny is much older than Donald, anyway.)

"It is brilliant, deep, and extremely powerful!" said Port Of Harlem reader Sy- Rah Nefertari about the much talked about video. "It was truly art imitating life. A painful reality!" she continued.

Glover also created and stars in the cable and satellite television channel FX TV series "Atlanta," and plays Lando Calrissian in the upcoming "Solo:  A Star Wars Story." "Atlanta" just ended its secondseason with executive producer Hiro Murai, who also serves as the show and video’s director. Murai, moved to the U.S. from Japan at age 9 and says rap is a part of his life.

For his rap and singing persona, Glover goes by the name Childish Gambino. The most memorable part of  the opening of Gambino’s "This is America" is his choosing to be shirtless and exposition of his dramatic dancing abilities, which was in great contrast to his comical hosting and skit acting on SNL.

The video quickly moves into his pulling out a gun and shooting a person in a white shroud. The blood platters and a second person comes and carefully takes the gun away. It was only after the third viewing that I noticed the contrast of how the gun was handled with care and the body was "dragged" away.
"It was truly art imitating life. A painful reality!"

"Add this video to the "Atlanta" TV series and the last album and it's clear that Glover is building a brilliant resume," added Port Of Harlem reader Kenneth Carroll.

Watching Glover on SNL and later the "This Is America" video reminded me of how creativity continues to evolve. He was a hit in both creative productions that I have seen, but it took more than a "third" look to only somewhat "get it."

National Poll: Most Older Adults Like Their Sex Lives

The vast majority of those who were sexually active (92%) reported that sex is an important part of a romantic relationship.

Romantic relationships are important to well-being and quality of life at any age. While sex is an integral part of the lives of many older adults, this topic remains understudied and infrequently discussed. In October 2017, the University of Michigan National Poll on Healthy Aging asked a national sample of adults age 65–80 about their perspectives on relationships and sex and their experiences related to sexual health.

Most older adults (76%) agreed that sex is an important part of a romantic relationship at any age. Men were more likely to agree (84%) than women (69%). Two in five (40%) indicated that they are currently sexually active.

Book Reviews
By Wayne A. Young

"All the Women In My Family Sing" was both written and published entirely by women of color, including the editing, book cover design, and promotions.

"All the Women In My Family Sing" is the first anthology I have paid much attention to in some time. I am not sure why. Nevertheless, I was elated to see a contribution by former Port Of Harlem contributor Robtel Neajai Pailey ("In a World Obsessed with Passport Tiers.")

The anthology includes stories from a variety of women of various backgrounds including Tammy Thea ("Escape from the Cambodian Killing Fields") and my favorite, sorry Robtel, by Ugochi Egonu ("African in America.")

As I read Egonu’s work, I thought I was really listening to a performance poet. "Wow!" I was thinking. Then, I read her biography at the end of the piece and yes, she was a finalist in the 2015 Bay Area Teen Poetry Slam and the BBC featured her on its "Africa’s Out" radio program. Great job!

Surprisingly, the second book we are featuring, "Golden Nuggets For Life," is one of the best books I have read so far this year. What makes the surprise even more remarkable is that it is a small, self-published book. The book contains 28, mostly very well written stories about the interactions dental hygienist Sonya Dunbar has with her clients.

It’s almost a throwback to The Delany Sisters' "Having Our Say," but with the people and their stories being so varied, the diversity of the wisdom and truths make this book a bit more enriching.

"Momma" on page 14 is the story that initially hooked me. As I kept turning the pages; however, "A Love Not Returned," stuck with me and has not let me go. We reprinted the story below.

A Love Not Returned

as told by Sonya Dunbar - also see Book Review in this issue.

Ms. Penman was singing Sunday School songs to me and quoting some of her favorite scriptures. She always enjoyed our dental visits because she was a Sunday School teacher for over 30 years, and she saw me as a student during our visits.

After one of her dental visits, she began to tell me her story:

"I was married 50 years to a wonderful man. We have four beautiful daughters, and each of them have very successful careers. My husband never made me work because he said the most important job I could have was to be a great mother, and that I did.

Each morning before my children went to school, they had a hot breakfast and a healthy bagged lunch for school. Each night we ate a home-cooked meal together as a family. I was the classroom mother and the volunteer at every field trip. My children never had to go to daycare; I was always there for them.

We celebrated each holiday in a big way. Not bragging, but we always had the best house in the neighborhood at Christmas. People would stop and stare and make special trips just to see our home. My husband would take his time to place every Christmas light and decoration just right; he always took great pride in his work.

Well, two years ago my husband died, I lost my best friend, but I still had my beautiful daughters.

Last Christmas, I was putting up Christmas lights thinking about how nice our home used to look when my husband would decorate for Christmas when I slipped and broke my hip. I came here for rehabilitation, but I have been here over a year now. The doctors said I cannot live alone again. I never put my children in daycare why did they put me in one?"

When she said that, tears began to fall from her eyes. I could tell she was heartbroken.

Tarana Burke and Others on Bill Cosby

-  "This feels like a victory for survivors to some degree. It feels like we might be entering a new reality where folks can come forward and be seen and heard and believed and actually see some recourse. Seeing these women running out of the courtroom overcome with emotion was heartwrenching. I hope they sleep well tonight knowing that their voices and stories and bodies matter."

- The Academy of Motion Picture Arts and Sciences announced to Jezebel that it was expelling Bill Cosby (and Roman Polanski) from its membership:

The Academy of Motion Picture Arts and Sciences’ Board of Governors met on Tuesday night (May 1) and has voted to expel actor Bill Cosby and director Roman Polanski from its membership in accordance with the organization’s Standards of Conduct. The Board continues to encourage ethical standards that require members to uphold the Academy’s values of respect for human dignity.

- Umar Johnson seemingly has different thoughts. He will hold "The Public Lynching of Bill Cosby:  Black Men, Mass Media, and the Myth of the Innocent White Female," talk at The Thurgood Marshall Center for Service and Heritage, 1816 12th Street in Washington, D.C. The lecture is $30 Sunday, May 13 at 6p.

Black Americans for a Better Future hosted a luncheon with Senator Tim Scott (R-SC) to talk about the Opportunity Act legislation he sponsored as part of the recently passed Republican tax bill.

Scott hopes the new law will spur investment in underserved communities by deferring capital gains taxes on the initial investment for ten years plus any gain made on the investment itself - - forever. He called it, "a manifest of hope."

Unlike Enterprise Zones, "this does not seek more government dollars but our dollars," he said overlooking the fact that a delay or lost in capital gains taxes to the government is a lost to its coffers.

Individuals and groups of individuals can take advantage of this opportunity he explained at the luncheon in Washington.

Gary South Shore Railcats opens May 18. New restaurant opens at stadium this May.

Win Tickets to see "Hooded, Or Being Black for Dummies"

- We will send an email to the winner asking for his/her name and full address. - The winner must respond within 24 hours to claim the two tickets or by Wednesday, May 16, 11a, EDT

- If the winner does not make the claim in 24 hours, we will continue the process until we have a confirmed winner

- The winner's e-mail address must be in our list of free subscribers as of May 9, 2018. (Click here to enter to win free tickets.)

Washington
"Hooded, Or Being Black for Dummies"
Mosaic Theater
@The Atlas Performing Arts Theater
1333 H St, NE
Now till Sun, June 3, $
This irreverent examination of growing up Black in America features two unlikely allies—Marquis and Tru. Suspecting that Marquis has lost his "blackness," Tru pens a manual entitled Being Black for Dummies which sends the two on a whirlwind journey through a world of cheerleaders, 2Pac, Nietzsche, Apollo, and Dionysus.
Click here to enter to win free tickets.

Dambisa Moyo
"Edge of Chaos: Why Democracy Is Failing to Deliver Economic Growth and How to Fix It"
Politics and Prose Bookstore
5015 Connecticut Ave, NW
Sat, May 12, free 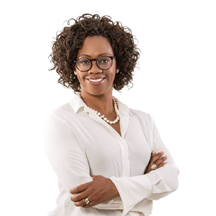 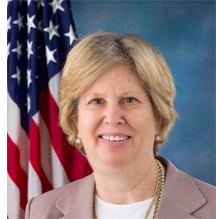 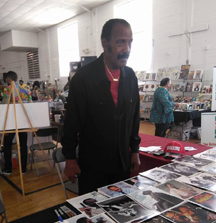 Fred Williamson at the Black Memorabilia Show
in Gaithersburg, MD.