The Case Against Juice Is Stronger Than Ever
Experts scrutinized several nutrition-hyped foods—including juice—and wrote that "whole food consumption is preferred" over a liquid diet.
50 Attend Event - Dignity and Defiance: A Portrait of Mary Church Terrell
Even when 87-years-old, she led the battle against segregated lunch counters at the the now defunct Hecht's department store about seven years before the start of the 1955 Montgomery Bus boycott.
Wanda Sykes Performs MLK's "The Other America," Free from Audible
This speech is an early look at "The Radical King," a collection of twenty-three of Martin Luther King Jr.'s. essays and speeches.
Black History Month Spotlight: Baba-C
Now, his master storytelling is on podcasts on SoundCloud, iTunes, and at Hardly Academic.
Freed from Libyan Jails, Frustrated Migrants Pose Challenge to New Gambia
The European Union is funding job training and youth empowerment programmes across the continent with its 3.2 billion euro ($4 billion) Trust Fund for Africa.
Black History Month Spotlight: Thought-provoking T-Shirts and Outrageous Shakes
Z's bakery is just minutes from the Jackson Five home.
Activities
Interesting, diverse things to do
Readers' Trends
See what is most popular in Port Of Harlem's e-mailed issue, and on our web, Pinterest, and Facebook pages.
The Case Against Juice Is Stronger Than Ever
From TIME 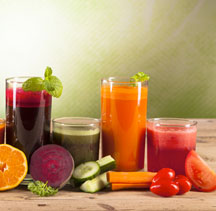 Without fiber in the mix, juice is essentially just the natural sugars and water found in its ingredients, says Scott Kahan.

Juice is the health trend that just won't go away. There's a juicing shop on practically every city block, and everyone from your spin instructor to your mother downs glasses of it daily. There's no doubt that juicing is ubiquitous—but is it as healthy as everyone says?

Juice can help you consume more vitamins and minerals, and that's a positive for people who struggle to eat enough fruits and vegetables. But experts say it may not deserve its health halo. In a paper published last winter in the Journal of the American College of Cardiology, experts scrutinized several nutrition-hyped foods—including juice—and wrote that "whole food consumption is preferred" over a liquid diet.

While juice does contain the vitamins and minerals you'd find in fresh produce, it's devoid of the vast majority of dietary fiber—the parts of the plant your body can't digest. Just because your body doesn't absorb fiber, however, that doesn't mean it doesn't use it.

Fiber moves through your gastrointestinal tract to help regulate healthy digestion and keep you full longer, according to the Mayo Clinic. Eating a high-fiber diet has also been shown to reduce your risk of diabetes, heart disease, and obesity. 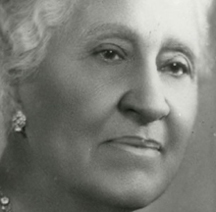 "You brought such much context to the effort," remarked film director Robin Hamilton about CR Gibbs as he joined her in a post-film discussion of her film "Dignity and Defiance: A Portrait of Mary Church Terrell." "Fearlessness" is the word Gibbs often used to describe Terrell, who would often travel agitating for Black rights in the highly segregated deep South. The duo spoke at a post-screening co-sponsored by the Alexandria Black History Museum and Port Of Harlem magazine.

However, Terrell's battles centered In Washington, DC. Even when 87-years-old, she now famously led the battle against segregated lunch counters at the now defunct Hecht's (Now Macy's) department store starting in 1951 - - about seven years before the start of the 1955 Montgomery Bus boycott. The flagship store at 7th and F, NW in the nation's capitol is now renovated and reopened in 2003 as Terrell Place, honoring Terrell's role in desegregating that and other public accommodations in Washington.

Hamilton became attracted to Terrell's story while viewing her decaying house at 326 T Streets, NW, now owned by Howard University, while on assignment for a local TV company. As her research began, she was in awe that "she came from a place of privilege," yet instead of becoming a society woman, she decided to become a life-long resister.

The film producer also spoke with Terrell's grandson, Raymond Langston, a former mayor of Highland Beach. He still lives in his grandmother's former house in the famed community, next to the house once owned by Frederick Douglass.

Hamilton also combed Terrell's papers at the Library of Congress, read her autobiography, and suggested others to read, as she did, "Just Another Southern Town: Mary Church Terrell and the Struggle for Racial Justice in the Nation's Capital," for additional information. For young adults, Gibbs recommend "Fight On!: Mary Church Terrell's Battle for Integration," and for elementary kids he suggested "Mary Church Terrell: Leader for Equality."

Despite the threat of rain that did eventually come, more than 50 people attended the mid-day event at the Alexandria Black History Museum. Owen Quinn and Brenda Mitchell-Powell each won a pair of tickets to the upcoming annual National Black Memorabilia, Fine Art & Crafts Show in Gaithersburg, MD.

For many, such as Terrell, Black history is more than one screening or one annual event. Yes, she was a race woman, echoed Gibbs. You were a race person, he explained, "If you were fearless in your advocacy for Black people."

Wanda Sykes Performs MLK's The Other America, Free from Audible 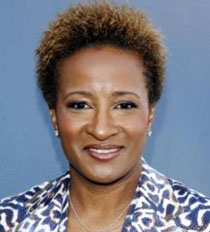 If this would introduce his (Dr. King's) lesser known works to more people, then I needed to do it.

Dr. Martin Luther King Jr.'s "The Other America," performed by Wanda Sykes, is available as a free sample and free download. This speech is an early look at "The Radical King," a collection of twenty-three of Martin Luther King Jr.'s essays and speeches, curated and introduced by Cornell West, and performed by some of the most charismatic and activist actors working today including Levar Burton, Mike Coulter, Colman Domingo, Danny Glover, Gabourey Sidibe, Wanda Sykes, and Michael Kenneth Williams.

The full collection will be available exclusively from Audible, an Amazon company, on April 3. The collection marks the first time that the Martin Luther King Estate has allowed a dramatic interpretation of King's words.

"Reading Dr. King's words were extremely daunting, but if this would introduce his lesser known works to more people, then I needed to do it. I tried to channel what the words meant to me, and what he meant to me," said Sykes. 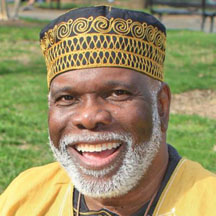 For years Baba-C has shared stories from Africa to the Americas at cultural events including the Smithsonian Folklife Festival. Now, his master storytelling is on podcasts on SoundCloud, iTunes, and at Hardly Academic. The podcasts are free.

In each episode of "The Griot Travels," Baba-C entertains with a blend of interactive storytelling, narrative and song, chants, and games celebrating the oral traditions of the African diaspora. In addition to stories, episodes educate listeners on the history, adaptations, cultural impact, and significance of the stories and the people who told them. 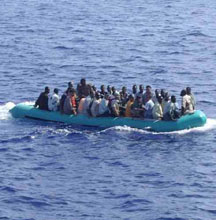 Port Of Harlem has a few readers who migrated from Gambia to Europe. We wish them well as we do the migrants that come to the United States.

Jobless, restless and frustrated, 24-year-old Saikou Jammeh persuaded his father to sell the family home and give up his life savings to pay for the journey from Gambia to Europe. Jammeh saw no future for himself in Gambia, a tiny impoverished country on West Africa's coast, so he joined an exodus of young men willing to sacrifice everything to leave.

But after being robbed, beaten, and locked in a Libyan prison for several months, Jammeh found himself back where he started - in Gambia with no job prospects and empty pockets. "I felt abandoned by the government," he said on a busy street in Churchill's Town, a suburb of the capital Banjul.

"I was just sitting, wondering what to do." Thousands of thwarted migrants like Jammeh are returning to Gambia, straining its fledgling government as officials scramble to get European-funded reintegration projects up and running.

Trying to stem the flow, the European Union is funding job training and youth empowerment programmes across the continent with its 3.2 billion euro ($4 billion) Trust Fund for Africa. 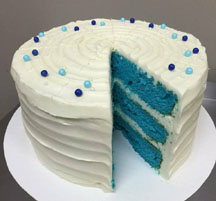 Nothing in simple or small at Z's Donut Bar and Bakery, watch the Chicago's Best video.

Ayanna Smith has started a new t-shirt line designed to spark thoughtful and fun conversations around important issues that divide us as well as other random topics. "One of the goals is to get people to put their phones down and actually talk to one another," she says.

She calls the company #AskMe Tees. The t-shirts cover a range of topics from the obviously controversial politics (As Me Why I Vote) to the fun (Ask Me About My Crazy Dogs). The shirt "Ask me why you can't touch my hair," is one that I know one of my nieces would love. "That one is a favorite," says Smith.

Z's Donut Bar and Bakery is billed as "Chicago's Best Outrageous Eats," by Chicago's Best TV show. However, you won't find the eatery in Chicago's Loop (downtown), but 45 minutes away in Gary's historically Black Midtown. "My biggest supporters come from Chicago," says Lashun Taylor, who opened the business in 2015.

Z's bakery is just blocks off the Broadway North exit of the heavily traveled Interstate 80/94 and minutes from the Jackson Five home. It is not unusual for out-of-towners to make a pit-stop to see and eat Z's eatable attractions.

"I was on my way back to Rockford, Illinois and decided to stop after seeing the Facebook shares of this place," wrote Erica Simms. Simms Facebook posting is one of the more than 300 reviews on Z's Facebook page, which has garnered more than 26,000 Likes, including Port Of Harlem's. 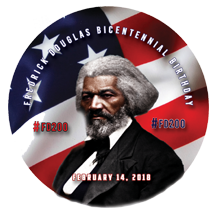 Power concedes nothing without a demand. It never did and it never will.

Dignity and Defiance:
A Portrait of Mary Church Terrell 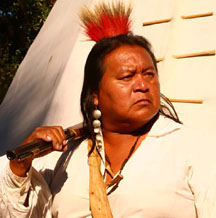