Fred Williamson and Marc Copage at Black Memorabilia Show
Small and big screen actor Fred "The Hammer" Williamson ("Black Caesar" and "Hell Up In Harlem") and TV's Marc Copage ("Julia") will greet fans and sign autographs.
CR Gibbs in NMAAHC Special
The TV special features Founding Director Lonnie Bunch and Port Of Harlem contributor CR Gibbs.
2020 Census Will Ask Black People About Their Exact Origins
Under the check box for "Black or African American," the bureau is adding a new space to write in your non-Hispanic origins.
He Killed His Child to Stop $600 Child Support
Although Black women constitute only 13% of the U.S. population, they comprise half of the homicides against women in America.
Prevent Financial Elder Abuse
Each year 1 in 10 Americans over the age of 60 experiences some form of elder abuse.
"Paper Dolls" at Mosaic Theater
I ended up getting much more than I expected; so much more than I did not get bored even for a second.
Activities
Interesting, diverse things to do
Readers' Trends
See what is most popular in Port Of Harlem's e-mailed issue, and on our web, Pinterest, and Facebook pages.
Fred Williamson and Marc Copage at Black Memorabilia Show

American actor, former professional American football defensive back, and Gary, IN native Fred Williamson (above) will be at the two-day Black Memorabilia Show.

In 1968, the sitcom "Julia" became the first TV series with a Black woman in the leading role and starred Diahann Carroll and Marc Copage (above) as her young son Corey.

Small and big screen actor Fred "The Hammer" Williamson ("Black Caesar" and "Hell Up In Harlem") and TV's Marc Copage  ("Julia") will greet fans and sign autographs at the 34th annual National Black Memorabilia, Fine Art & Crafts Show, Saturday and Sunday April 14 and 15. The event takes place at the Montgomery County Fairgrounds, 501 Perry Parkway, in Gaithersburg, Maryland. On Facebook, Pearl Parker wrote of Copage, I "definitely will try to have him sign my Julia lunchbox."

Two African symbols on America's front yard, the National Mall. See also: Tony Browder: "Use the Museum to Become the People We are to Become."

DCW50 – Washington, DC chronicled the history of a museum that has made history. The station's "Living Black History" chronicled why and how the National Museum of African American History and Culture (NMAAHC) came to be and featured Founding Director Lonnie Bunch and Port Of Harlem contributor CR Gibbs.

The doors opened to the critically-acclaimed museum in the fall of 2016. The original expectation and hope for daily attendance was 3,000 people a day. More than a year later, the daily attendance exceeds 8,000.

The "Living Black History" special looks back at the early attempts to create a museum of African American History. In the show originally broadcasted on February 24, 2018, Bunch shares the challenges he encountered in creating this enormously popular Washington, DC attraction. The show also explores some behind-the-scenes stories including how an historic "Jim Crow" train car was lowered into the museum at the very beginning of construction.

Port Of Harlem will archive the link to the TV show on CR Gibb's Port Of Harlem page along with his other audio, video, and print appearances. The page is often updated to include the latest of his free "African History and Culture Lecture Series."

2020 Census Will Ask Black People About Their Exact Origins

For the 2020 census, the U.S. Census Bureau is changing how it will ask Black people to designate their race. Under the check box for "Black or African American," the bureau is adding a new space on the census questionnaire for participants to write in their non-Hispanic origins, according to a recent memo from the head of the 2020 census. "African American," "Jamaican," and "Nigerian" are listed as examples of origins on a questionnaire the bureau is testing for 2020.

The change means many Black people in the U.S. may have to take a closer look at their family trees to answer what can be a thorny question: Where are you really from? While many Black immigrants can cite ties to a specific country, that question is difficult, if not impossible, for many U.S.-born African-Americans to answer.

He Killed His Child to Stop $600 Child Support

Daron Boswell-Johnson, 25, and NeShante Davis, 26, had been friends since high school. They had a child together, Chloe Davis-Green. Last Tuesday, a jury convicted Boswell-Johnson on two counts of murder for killing Davis and their daughter in the Maryland suburbs of Washington, D.C.

According to the Washington Post, in 2015, Boswell-Johnson's Internet posts asked, "How can I stop child support?" and "How does the court know if child support is not paid?" In December 2015, a judge ordered the garnishment of his paycheck for $600 per month.

And in January 2016, he asked on-line, "What if I am behind on my child support?" On February 2, 2016, Chloe Davis-Green and NeShante Davis were dead. Later he told the mother of his other two children, "I'm not the monster they are making me seem to be."

Davis' second grade students lost a teacher. She worked for years as a teacher's aide at a school and was in the middle of her first year teaching after recently graduating from Bowie State University. Davis-Green was just two-years-old.

About 50 people are killed each year in Maryland due to domestic violence. About a third of the deaths take place in majority Black Prince George's County, which is adjacent to the nation's capital city, says the advocacy group Maryland Network of Domestic Violence. That is twice as many deaths as any other county in Maryland.

A 2007 Bureau of Justice Statistics reports that Black women are four times more likely than White women to be killed as a result of domestic violence. Although Black women constitute only 13% of the U.S. population, they comprise half of the homicides against women in America.

With financial scams on the rise, here are tips from Fidelity to help keep your loved ones safe.

Each year 1 in 10 Americans over the age of 60 experiences some form of elder abuse, according to the American Bar Association. However, such abuse may occur much more frequently: Just 1 in 44 elder abuse cases is actually reported, according to the Weill Cornell Medical Center of Cornell University and others.

Even so, many people believe that physical, emotional, or financial abuse would never occur in their family. The reality is that elder abuse takes place in families from all walks of life. The best protection from abuse-whether you're an elder or the adult child of one, is an open line of communication with your family and a plan in place to minimize risk.

What would you expect from a 2 hour and 20 minute stage production about Filipinos who take care of elderly Jewish men in Israel and perform after work in drag? I ended up getting much more than I expected; so much more than I did not get bored even for a second.

The richness of the scenery by James Kronzer set the tone, followed by a short segment on how the Filipinos began to arrive in Israel. The drama then begins quickly as the production opens as a play with music.

Through drag performances with music by the Pointer Sisters, Donna Summer and Barbra Streisand, Patti LaBelle, and others, we learn how the five "sisters," left the Philippines for Tel Aviv on work VISAs through an agency. Frankly, the arrangement seems like a form of enslavement since the workers face deportation if they don't maintain a job - - a labor issue which gives the employer too much power as alluded to in the play.

Sure, there is much laughter about males impersonating females, but the Filipino drag queens were a mere shadow compared to African-American female impersonators from Flip Wilson and RuPaul to Medea. However, their stories were heavily bolstered by various enlightening subplots that Philip Himberg wrote in a manner that made them easy to follow and enlightening.

One heartfelt subplot involved Adina (Lisa Bruneau) wanting to move her elderly father (Christopher Bloch) from Israel to Brooklyn. So, in one story, Himberg went from talking about young, immigrant, Catholic, Filipino nursing assistants who perform at night in drag to a Jew's relationships with Israel and Judaism, a child's responsibility to her parents, and an aging parent's dreams and his relationship with his caretaker.

There was much drama and learning in this play, all soothed with music handled by William Knowles, a perennial fixture at Alexandria's MetroStage. Though "Paper Dolls'" headliners are Filipino drag queens, the story is much richer and it's an attention keeper.

Master Harold and the Boys
Round House Theater
4545 East-West Highway
Bethesda, MD
through Sun, May 6, $ 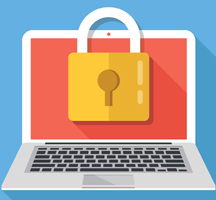 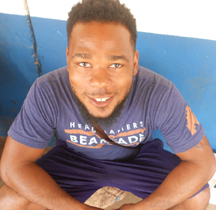