Our Indian Money
With a full-house audience, Sam Ford recalled growing up in Coffeyville, Kansas, where he often heard his mother and grandmother speak of “our Indian money.”
Indrias G. Kassaye – From UN to Film
Kassaye saw this as another opportunity to give back to the land of his birth by sharing a story that would make Americans see a different side of Abyssinia, the ancient name of Ethiopia.
Race Forward’s New Inclusive Project: Mass Freedom
Mass Freedom aims to bridge the movements fighting to end mass incarceration and mass deportation under a shared vision for a multiracial democracy.
Two Huge Things People Get Wrong About Retirement
The cause may be mismatched expectations.
Pence Heaps Misguided Praise on Moore
Speaking of Muslims, envision this guy saying (African-American) U.S. Rep. Keith Ellison, a Minnesota Democrat, should not have been seated in Congress because he’s a Muslim.
China in Africa: Gambia
Meanwhile, Gambia’s President Barrow laid the foundation stone of the Chinese government-sponsored Gambia Conference Centre.
Activities
Interesting, diverse things to do
Readers' Trends
See what is most popular in Port Of Harlem's e-mailed issue, and on our web, Pinterest, and Facebook pages.
Praising the Past

Our Indian Money
By Wayne A. Young

During the screening of Sam Ford’s “Black Slaves, Red Master” and following talk at the Alexandria Black History Museum, the WJLA/NewsChannel 8 - Washington, DC reporter recalled growing up in Coffeyville, Kansas, where he often heard his mother and grandmother speak of “our Indian money.” After the screening, Ford shared with the full-house audience that he would later learn that they were speaking about their share of money from the Cherokee Nation.

As descendents of Africans enslaved by the Cherokee, one of the five “civilized tribes,” Fords’ family is eligible for tribal benefits. (European-Americans called the Cherokee, Chickasaw, Choctaw, Creek, and Seminole “civilized” because they followed in the White man’s practice of enslaving Africans.)  Ford affirmed that he does not consider these benefits reparations for his ancestors’ enslavement, “because we are getting what other Cherokees are getting.”

It was an 1866 treaty between the Cherokee, who sided with the Confederacy during the Civil War, and the United States that forced the Cherokee to emancipate the Africans and include them as equals into the Cherokee Nation. Despite the treaty, the Cherokee voted to kick out the descendents of the enslaved Africans in 2007.

However on August 30, 2017, the courts ruled that the Cherokee’s must honor the treaty. Ford says those who tried to kick him and other Blacks out of the Nation, are really “more White, than Indian.”

Now says Sam, he can continue pursuing the effort he started ten years ago, registering his children as part of the Cherokee Nation. “I sent in the paperwork to enroll them nearly a decade ago. I don't know whether the tribal office kept or discarded those applications,” he said.

As members, Ford’s children will have access to many benefits including the Cherokee Nation’s health care system, the option of not having health care as mandated  under the Affordable Health Care Act, access to Haskill University (see U.S. Colleges and Universities Offering In-State Tuition And Tuition Waivers For Native American Students), and housing assistance.

"It was a great event,” said Carol Francois of Lorton, Virginia. “Sam Ford should do a follow-up video about what events have transpired since he first did the video about 30 years ago and also on the very same people he interviewed and their families." Ford said he was happy with Francois and the over flow crowd’s response, “but I doubt that I could do as good a story today because a majority of the people I interviewed in 1990 are dead.”

From The National Museum of the American Indian: When teaching about Native Americans, you can conduct many fun and educational hands-on activities in your classroom. Please be mindful that there are a few dos and don’ts when teaching about Native peoples. Below is a link to some “rules of the road” as well as suggested activities that will reinforce the lessons addressed in this website.

Indrias G. Kassaye – From UN to Film
By Wayne A. Young

Kassaye invites film lovers and Afrophiles “to join us in celebrating a unique African heritage that offers so much to the world.”

Indrias G. Kassaye studied economics and international relations at the University of Pennsylvania 25 years ago. Today, he is spending much of his time promoting “Breathe in the Roots,” the first feature length documentary he produced and co-directed.

His road to filmmaking was marked “give back to Ethiopia,” his home country. He was working for the United Nations in the east African nation when he “began working with journalist and filmmakers on creating films on various issues from economic development to women and children’s issues,” he says.

Having learned the art while working with the UN, he later met Ty Christen Joseph, a young African-American English teacher from Brooklyn. When they met, Joseph was planning to go on a spiritual journey by horseback though Ethiopia.

Joseph, however, was not planning an elaborate documentation, but Kassaye saw this as another opportunity to give back to the land of his birth by sharing a story that would make Americans see a different side of Abyssinia, the ancient name of Ethiopia. “Breathe in the Roots” tells the story of Joseph, as he takes a journey from Addis Ababa, the capital city, to Lalibela, one of Ethiopia's holiest pilgrimage sites.

“Lalibela is a main iconic sight in Ethiopia,” exclaimed Bernadette Champion of Champion Services Travel, who has taken more than 50 Americans to Ethiopia in recent years. Champion says her tour groups are amazed to see the ancient hand carved-out-of-the-ground church in Lalibela, which is a UNESCO World Heritage Site. (Earlier this year, Champion conducted Getting More Out of Your Vacation for Less as part of A Port Of Harlem Spring at the Alexandria Black History Museum.)

Beside beautiful scenery, the movie reveals what motivates Joseph to drop everything and go on a quest of discovery with only his horse and spirit. The film also delves into what it means to grow up without knowing where your ancestors came from and offers one man’s unique path to reclaiming a lost heritage.

As producer, Kassaye says he wore many hats from gathering funding to obtaining permits. All “the mechanics of putting the film together,” he said.

As director, his roles were just as diverse and included working on the storyline. Now, as one of the film’s chief marketers, he invites film lovers and Afrophiles  “to join us in celebrating a unique African heritage that offers so much to the world.”

As mass criminalization continues, Race Forward launched its Mass Freedom project. Mass Freedom aims to bridge the movements fighting to end mass incarceration and mass deportation under a shared vision for a multiracial democracy. The group produced a four-minute video that introduces the project.

Race Forward's Rosana Cruz explains: "The destructive presence of systemic racism in all of our lives links communities that don't always see how their futures are intertwined. We are hoping to further those futures towards a collective liberation."

Mass Freedom was inspired by conversations with Michelle Alexander, award-winning author of the critically acclaimed book “The New Jim Crow: Mass Incarceration in the Age of Colorblindness.” Inspired by these conversations, Race Forward developed a vision of a multi-pronged anti-criminalization project that would serve as a platform for multiracial systemic solutions.

Race Forward works to advance racial equity and supporting communities most impacted by racism. It recently merged with the Center for Social Inclusion. They have offices in New York and Oakland.

So much for the "golden years."

Some 28% of recent retirees complain that life is actually worse in retirement than it was when they were working, according to a recent survey by Nationwide.

The cause may be mismatched expectations. Pre-retirees tend to overestimate two factors that will be important to their wellbeing, the survey suggested: their future retirement income and their future health. When either (or both) of these wind up falling short, disappointment ensues.

About a quarter of recent retirees say their Social Security payment is less than they expected. And an even larger group — one third — say health problems are interfering with their retirement.

Close your eyes for a minute.

Now, envision an Alabama Republican named Roy Moore running for the U.S. Senate brandishing a gun from the stage at a campaign rally.

And now envision him a few years back being removed as chief justice of the Alabama Supreme Court for refusing a judicial order to remove a Ten Commandments monument from the state’s Judicial Building.

A few years later, after again being elected Alabama chief justice, watch him being suspended for refusing to acknowledge the legality of gay marriage.

Now envision this fellow — as recently as 2016 — saying he doesn’t believe President Barack Obama was born in the United States. And, furthermore, he said he believes Obama is a Muslim.

Speaking of Muslims, envision this guy saying (African-American) U.S. Rep. Keith Ellison, a Minnesota Democrat, should not have been seated in Congress because he’s a Muslim.

According to Forbes, Chinese capital investment into Africa increased by 515% up to July 2016 over full-year 2015 figures. By 2050, 25% of the world’s nine billion population will be Africans and most of them will be under 30.

The $50 million Conference Center, when completed and operational, would provide sitting capacity of up 1,000 conference participants, four conference halls with hundreds of sitting capacity, one VIP room, four press rooms, 14 meeting rooms, offices, banquet halls, and entertainment spaces with a wonderful view of the Atlantic Ocean on the sideways.

It is expected to be completed in 2019, the same year The Gambia is to host prominent leaders from the Islamic world at the Organization of Islamic Cooperation summit.

“This event is symbolic of a new era of potential opportunities, prosperity and greater freedom, and dignity for our people,” President Barrow said of the construction of the centre.

He recalled that the Chinese government has ever been a good part of The Gambia, noting that construction of the Bakau Independence Stadium and the Judiciary complex building in Banjul were among the significant contributions of China to the infrastructural aspect of The Gambia.

Are You Now or Have You Ever Been
Metro Stage
1201 N Royal
Alexandria, VA
now through Sun, Nov 5, $ 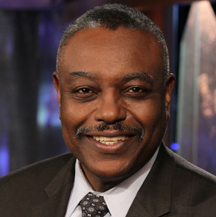 These four, new stamps honor the work of
Ezra Jack Keats, author of Snowy Days.
It’s the first "mainstream" children’s book
in which an African-American child
served as the central character. 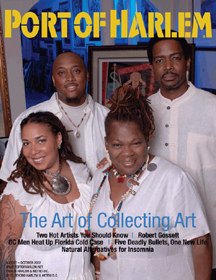