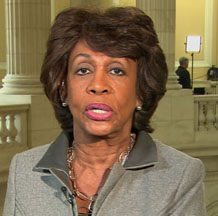 “I’m not going to go. I’m not going to pretend. I’m not pretending. This business of calling names and lying, retreating on your promises, etc. Why should I trust him to be any different with me.”


Democratic Sen. Patty Murray (D-WA) says of GOP plans to repeal and replace Obamacare: “They break it, they buy it.”

“The worst thing we could have for the new administration is hopelessness . . .  but if it does not raise the fight in you . . . then you are brain dead.” - Rep. Eleanor Holmes Norton (D-DC)

Trump's thanks African Americans for not voting, tells White people in Hershey, Pennsylvania that's a good thing - “And the African American community was great to us. They came through, bigly. Bigly. And frankly, if they had any doubt, they didn’t vote and that was almost as good because a lot of people didn’t show up.”

“Are you saying then that you would not sit down with President-elect Trump if he invited you to the White House to meet on common ground?”  a reporter asked.  “Oh no, I won’t go! I’m not going to sit down with him,” Rep. Maxine Waters (D-CA) responded, adding “I’m not going to go. I’m not going to pretend. I’m not pretending. This business of calling names and lying, retreating on your promises, etc. Why should I trust him to be any different with me.”


Washington, DC
National Action Network (Al Sharpton)
We Shall Not Be Moved March
National Sylvan Theater in front of the Washington Monument to
Dr. King Memorial
Sat, Jan 14, 9a

Black Is Back: Rally For Black Self-Determination!
by Black Is Back Coalition
Freedom Plaza
1355 Pennsylvania Ave, NW
Sat, Jan 14, 12p-6p

San Francisco
United Nations Plaza
Civic Center BART
Fri Jan 20, 5p “The worst thing we could have for the new administration is hopelessness . . . but if it does not raise the fight in you . . . then you are brain dead.”


This Pollster Says Racist Backlash Following Obama Presidency Was a Given: - VOX - So there is a transfer of power that’s going to happen, and the question is, is it going to be peaceful or is it going to be one that destroys us?

A Resistance Strategy:  The Washington Post -  Under Trump, red states are finally going to be able to turn themselves into poor, unhealthy paradises

The Dangerous Myth That Hillary Clinton Ignored the Working Class – from The Atlantic Magazine:  Rising diversity isn’t going away. Income inequality isn’t going away. Support for redistribution isn’t going away. For liberals, pluralist social democracy is the project of the future, and any alternative falls somewhere between xenophobic and amoral. But what if the vast majority of White voters who voted for Trump aren’t interested in any version of that future, no matter who the messenger is?

Trump Promise Tracker:   From the Washington Post -  There are 1,461 days in Donald Trump’s term. We’re tracking the progress of 60 pledges he made during his campaign — and whether he achieved his goals 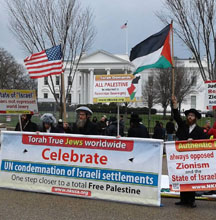 Rabbis of Neturei Karta International held a press conference in front of the White House Thursday, December 29. Rabbi Dovid Feldman, an organizer for the press conference, said: “For decades, the settlements have been a major cause for bloodshed and unrest in the Holy Land.” He was referring to settlements Jews have been building on land that many see as the future Palestine.

The Jewish group supports a free Palestine. “The Torah requires, a land where Arabs and Jews can once again live in peace as they did before the philosophy of Zionism came to Palestine,” he continued.

The group made up of American Jews support Obama’s decision not to effectively disagree with a recent UN resolution condemning Israeli settlements as illegal.  When voting to condemn Israel, the UN Security Council voted to condemn settlement building in the West Bank and East Jerusalem. The Security Council said Israel’s action is a "flagrant violation of international law" and demanded Israel to “immediately and completely cease all settlement activities in the occupied Palestinian territory.”

The Independent Newspaper said Israeli Prime Minister Benjamin Netanyahu told New Zealand's foreign minister that his country's sponsoring of the UN anti-settlement resolution was a "declaration of war." Earlier Netanyahu also showed disrespect to Obama when he spoke before Congress in 2015 about the US cutting a deal with Iran over its nuclear program.

Feldman sees Netanyahu as being destructive. The rabbi continued, “We believe his (Obama’s) efforts will ultimately lead to a safer world for all involved, Jews and non-Jews alike. Netanyahu, on the other hand, cares only about his pride and his country’s image, not about human lives.”

A Tribute to Fidel Castro – January 7 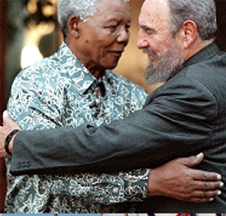 Fidel Castro was respected by Africans, at home and abroad, including Nelson Mandela.

The Festival Center at 1640 Columbia Road, NW in Washington, D.C. will host Cuba, Africa, & the World: A Tribute to Fidel Castro. The three-hour event will include West African food, talks, and cultural presentations. The celebration is Saturday, January 7, from 3:30p-6p.

Admission tickets are free, but a $5 donation at the door is requested to defray the cost. “No one will be turned away for lack of funds,” says chief organizer Gnaka Lagoke. Westminster Presbyterian Church and Port Of Harlem magazine are among the several cosponsoring organizations of the event.

Miguel Fraga of the Embassy of Cuba to the USA will address the festival and panelists include Jose Pertierra, a Cuban-American Lawyer, who represented the father of Elián González. Performers include RodStarz, one half of hip hop duo Rebel Diaz, and Luci Murphy.

What Do You Think About Our New Home Page? 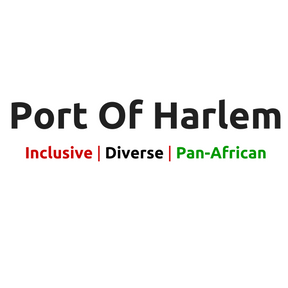 Port Of Harlem wants seeks your opinion on it's new webpage.

Our new home page is still in testing; the old one is still present. Below are links to a draft of our new homepage and to our current homepage. The new draft homepage is “mobile friendly,” meaning that it will “look right” for easy reading on your laptop, tablet, and mobile phone.

The current issue, which you are reading now, that we send every other Thursday, is already mobile friendly.

We are upgrading our site to meet your needs. More than half of our readers now access our site on tablets or mobile phones. This will make it easier for you to read and share Port Of Harlem wherever you are and on any device. We will also upgrade the department pages, such as Praising the Past and Travel, too.

After looking at the homepages, we invite your comments, opinions and suggestions! 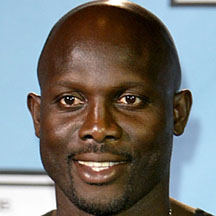 One of the expected candidates to replace her is George Weah, a former soccer star.

The President of Liberia, Ellen Johnson Sirleaf, Africa’s first democratically elected female president, will not seek re-election for a third term reports the Daily Trust of Nigeria. Her term, which is her second, expires in 2018. The Liberian constitution limits the president to two terms.

One of the expected candidates to replace her is George Weah, a former soccer star, UN Goodwill ambassador, and a current Liberian senator. Sirleaf defeated him in 2005. Weah has pledged to increase the national budget, work towards religious harmony, and support vocational education.

Sirleaf is also the first female chairperson of Economic Community Of West African States (ECOWAS). Ironically, she has been indirectly accused by Gambian’s President of declaring war against his country since ECOWAS has affirmed putting forces on alert in case Yahya Jammeh refuses to step down. Jammeh has vowed to stay in power despite losing a Dec. 1 election to rival Adama Barrow. 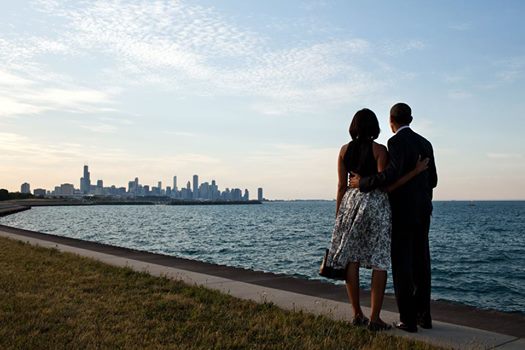 Every person tried by the ICC has been African.

“In 1796, as George Washington set the precedent for a peaceful, democratic transfer of power, he also set a precedent by penning a farewell address to the American people. And over the 220 years since, many American presidents have followed his lead,” writes the president in his invitation for all to listen to the address.

He also invited people to submit their thoughts and moments of inspiration of his presidency. He will have those thoughts posted on social media. The address will also be streamed online from McCormick Place, on the shores of Lake Michigan, just a few miles from their home on Chicago’s great South Side. 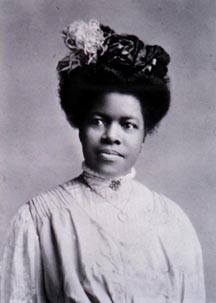 By Nannie Helen Burroughs, Circa 1900