Why An Afrikan Revolutionary Voted for “The Duck”
By Wayne A. Young 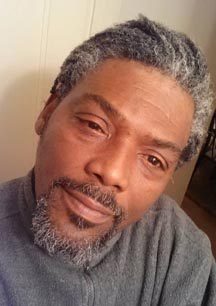 I was determined to cast a vote for The Duck, and not because I support him. I most definitely - - do not - - in any way - - support him.

Trumps rise to power pleases self-described Afrikan revolutionary Kwasi Seitu. “I never voted for president before, but this time I was determined to cast a vote for The Duck, and not because I support him. I most definitely - -  do not - -  in any way - -  support him, accept that I believe that he will be the most effective in further bringing about the demise of the pirate system and the leading pirate nation, the good ol' United States of America," says Seitu.

Seitu is the webmaster for The Virgin Islands 3, which seeks the release of three imprisoned men. He added “The Duck has outed the CIA, the FBI, and all other U.S. "intelligence" agencies as fabricators of fake news. Black folk and the whole not White world pretty much have been saying this about them for decades, now the president-elect has said it, too.”

Ironically, as the United States is preparing for Donald Trump, who said during his surprisingly successful presidential run, "I could stand in the middle of 5th Avenue and shoot somebody and I wouldn't lose voters," Gambia is trying to let go of Yahya Jammeh, who surprisingly lost to Adam “No Drama” Barrow.

With similar larger than life bravado during his presidential campaign, Jammeh said, "I will deliver to the Gambian people and if I have to rule this country for one billion years, I will, if Allah says so." After accepting defeat, he later says he will not transfer power to Barrow.

“Both Trump and Jammeh use idiotic language for attention,” says Assan Manneh, a Gambian born banker now living in Omaha. “Jammeh’s lack of education and insecurities make him use hyperbolic and threatening language towards his political opponents.”
"I believe that he will be the most effective in further bringing about the demise of the pirate system and the leading pirate nation, the good ol' United States of America.” On January 18, leaders of West African states said not only will they attend the January 18 inauguration of Barrow,  but will guarantee the safety of the new president. On January 20, Trump is set to become president of the United States, after being elected with suspected help from the Russian government.

Both Trump and Jammeh are also known for their tension with the press. In April 2004, Jammeh called on journalists to obey his government "or go to hell." In June 2005, he stated on radio and television that he has allowed "too much expression" in the country.

Trump, who will remain on the payroll of NBC, one of the nation’s leading news services, for his work with the TV show Celebrity Apprentice, has also had highly controversial fights with news organizations. "This is an election about truth, and you're not going to get it from the dishonest media,” said Trump during a stop in Colorado.

For Trump this idea of "say it like it is" is what will create the biggest problem for his administration and the United States’ allies,” predicts Manneh. 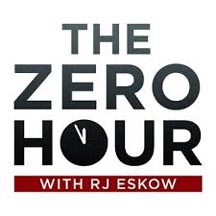 A new alternative to TB and radio news.

With stories such as “Want to Understand Trump? Look to Europe” to “Mass Incarceration Must Go,” The Zero Hour runs for about 6 to 15 minutes each. On their website you can sign up got get episodes delivered to your inbox.

Collecting Our History: How Black Memorabilia Shapes the Present Through the Past 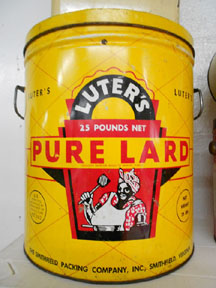 This once common lard bucket is now a collectible.

Images of African Americans, whether they are racist portraits of chocolate-skinned people with big red lips or positive images of iconic Blacks such as President Barack Obama and actress Cicely Tyson, have a lot to do with how people of color see themselves. Are they pretty and smart, or are they ugly and stupid?


People like Lindsey Johnson, CEO and president of L. Johnson Promotions Ltd., think that seeing images of both types helps teach the African-American community about its past and sends a message about the future. 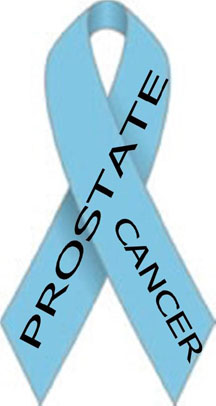 There is an initiative to increase African American participation in prostate cancer clinical trials.

The Prostate Health Education Network (PHEN) has started a special “Clinical Trials Rally” initiative to increase African American participation in prostate cancer clinical trials. Clinical trials serve as the basis for the growing number of new prostate cancer therapies and a move towards personalized treatments, which are rapidly defining the future of prostate cancer care. With only a relatively few Black men in current studies, the study results from these trials do not definitively determine the effectiveness of these treatments for Black men.

The prostate cancer death rate among Black men is 2.3 times greater than for men of any other racial or ethnic group within the United States according to the National Cancer Institute. This is the largest racial disparity for any type of cancer for men or women. 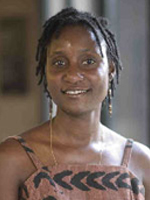 “Africans were not considered immigrants before the 1960s,” says Dr. Nemata Blyden of The George Washington University. But, she went on to explain that Blacks from Africa continued to arrive in the United States after slavery ended in 1863. According to the 1910 United States Census, only 473 arrived, but Congress saw fit to limit Black immigration with the 1917 Immigration law. Booker T. Washington, whom many do not see as a Black rights advocate, protested the law.

During her 25-minute talk she told the stories of early African "immigrants," including the story of James Kwegyir Agyeman Aggrey.

He came to the United States from the Gold Coast (Ghana) in 1898 to attend Livingston College. He was very involved with the AME Zion Church, married an African-American, and felt discriminated against because he was foreign born.

And then there was William Davis, says professor Blyden, who specializes in African/African Diaspora history. He changed his name to Orishatukeh Faduma “to reflect his African heritage,” also in the early 1900s, she continued.

Voters with Disabilities Split Between Trump and Clinton 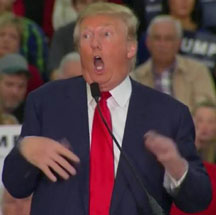 But as with other Black subgroups, Blacks with disabilities gave Clinton 91 percent of their vote.

“The truth of the matter is if in fact we are a democracy, minorities here in the next 20 years are going to be the dominant political voice in our country. So there is a transfer of power that’s going to happen, and the question is, is it going to be peaceful or is it going to be one that destroys us?

That is not to say don’t target or don’t go after them. That’s absolutely not what I’m saying. What I am saying is just that the answer isn’t simply a pocketbook argument — we do have to inoculate against the increased tribalism and racialism in order to have that conversation. As long as there is a group sense of decline, we do have to calculate for that in our conversation and try to inoculate that as opposed to simply coming up with another argument about why raising the minimum wage (as an example) is beneficial to you.”

Trump’s campaign manager Kellyanne Conway had this takeaway that seems to support Belcher’s observation that group (White racial) positioning affected them more than living with a disability.

"There's a difference to voters between what offends you and what affects you. And they were being told constantly, 'Stare at this, care about this, make this the deal-breaker once and for all.' And they were told that five or six times a week about different things. And yet they went, they voted the way voters have always voted: on things that affect them, not just things that offend them."

These statistics support the general notion that Trump’s base of support is low-income, information-challenged White people. 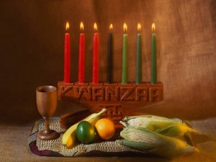 I Am Not Your Negro
by James Baldwin
Starring Samuel  L Jackson
Fri, Feb 3, $