If Opening From an E-mail,
Click Here for Better Viewing
Thanks President and Mrs. Obama For 8 Years of Diversity & Inclusivity

Your Retirement and Social Security Expansion
By Wayne A. Young 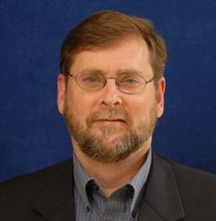 Steven Hill explained that social security is not broke and called for the lifting of the $118,500 taxable income cap.

With so much talk about tackling “structural” racism and the “system” being rigged, it was awfully refreshing to read “Expand Social Security NOW!  How to Ensure Americans Get the Retirement They Deserve.” I appreciate that the author, Steven Hill, did not use inflammatory sound bites to explain how the structure of the social security system creates outcomes that do not benefit the masses of Americans. Instead, he offered facts and took the time to make otherwise complex systems easy to understand, and most importantly, to act upon.

Contrary to calls to stifle and even cut social security benefits, he offers solutions on how to expand social security so more people in the United States, children and adults, can have the secure safety net he believes they deserve. Essentially, he talks about the American approach to saving for retirement being a stool with three legs: He demonstrates the wobbliness of the first two legs: And, as he did at a Center for Global Policy Solutions forum on social security, he made the case on how to make the third leg stronger. Like the other panelists at the forum, Hill explained that social security is not broke and called for the lifting of the $118,500 taxable income cap. Because wages above the $118,500 cap are not taxed for contributions to the social security system, six percent of the labor force has been exempted from making contributions on about one trillion dollars of wealth. Interestingly, Medicare once had such a cap, that cap no longer exists. But, after following the discussions on the unfairness of the tax system and income and wealth inequality for some time, what I found most mind shattering is the deceitful language we have come to use surrounding social security. The former senior fellow at the New America Foundation writes, “even the language we use to describe social security is “rigged” to make voters believe it is a handout, when it is not since virtually all recipients have had to pay premiums over the course of their lifetimes in order to receive the benefits.”

“All workers pay 6.2 percent of their wages into Social Security and 1.45 percent for Medicare, while the employer matches those amounts,” he explains. (One can argue that even employer contributions are taken out of the workers’ wages, since the money goes into paying premiums, instead of higher wages and salaries.) Being non-partisan, Hill questions why Republicans and even Democrats call Social Security and Medicare “entitlements,” and not “earned benefits,” or “social insurance.”
“Even the language we use to describe social security is “rigged” to make voters believe it is a handout, when it is not since virtually all recipients have had to pay premiums over the course of their lifetimes in order to receive the benefits.” He also calls on ending tax deductions (subsidies) for 401(k)s, which largely benefit people in the top 20 percent income bracket, and for doubling the amount of social security payments.  He suggests paying for his proposals by taxing all income equally and taxing unearned income (income on investments).

The San Franciscan explained, “Capital gains is the profit made from investment income. A person who earned $500,000, for instance, is taxed at 39.6 percent, but if they made the same amount in the stock market or in real estate investment, they would pay only 20 percent or in some cases even lower.” The Congressional Budget Office estimates that the policy costs the federal treasury $161 billion in 2013. Again, that is $161 billion that all tax payers have to bear.

Sarah Murphy Gray (pictured above), the Senior Policy and Program Associate at the Center for Global Policy Solutions, leads a discussion on the program’s importance and how expanding the program can help close the racial wealth gap. 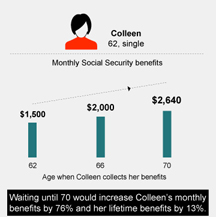 Consider this hypothetical example:  Ann is 62-years-old and is eligible to receive $1,050 if she were to claim Social Security this year. Her husband, John, had begun receiving his monthly benefits of $1,500 at age 62, but he died this year at age 66. If Ann claims her benefits now before her full retirement age (FRA) of 66, she would receive a survivor benefit of $1,215 per month –80% of John’s benefit –and an amount higher than her own benefit of $1,050.

If you are a surviving spouse, Social Security automatically defaults to the higher amount—in this case, her survivor benefit. Alternatively, she can elect to receive survivor benefits to age 70, and then switch to her own benefits. By then, her own benefits would have increased to $1,980 a month, a 76% increase in monthly benefits. Ann would earn more than $115,000 in extra payments if she lived to age 88, boosting her lifetime benefits by about 40%. These rules are complex, however, and you should consider speaking with a Social Security representative.

Read the full story from Fidelity 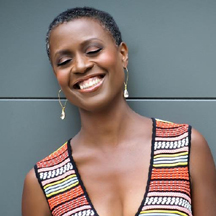 The guide includes historical facts, a list o celebrity plant-based eaters, resources, and very practical interviews and testimonials. The free guide is very colorful, diverse, factual, and practical, but  McQuirter says what makes her most proud of the guide are "the multiple voices and perspectives from our 12 African American vegan experts, through articles, interviews, recipes, and research."

The Hard Road to Ending Slavery in Maryland

By the time Maryland got around to ending slavery, 152 years ago, the Confederacy was within months of collapsing, Black people in the District of Columbia had been free more than two years and President Lincoln had declared emancipation in the South more than a year and a half earlier.

What took Maryland so long? Historian C.R. Gibbs explains how Maryland’s elites split over what course to follow, how heroic fighting by Black soldiers in the Union army affected public opinion, and, once a new state constitution to abolish slavery was put to referendum, how close the vote was. Listen to the Conversation of WYPR - Baltimore

Friday, November 11, 6:00 p.m. – 8:00 p.m.
Lecture - A Dawn Like Thunder: Africa, Black America, and World War II by CR Gibbs  -  The noted historian and Port Of Harlem Magazine contributor discusses the often neglected role African people played in WWII and the impact it had on Africa and Diaspora, and the interactions between all three.  Free | Register 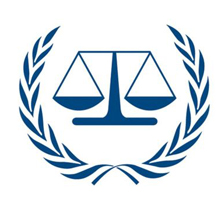 Every person tried by the ICC has been African.

In October, Burundi became the first country to withdraw from the International Criminal Court (ICC). South Africa and Gambia quickly followed. Kenya is expected to be next. The ICC cannot arrest individuals itself; it relies on countries who participate in the court to make arrests.

The Associated Press notes there are concerns that more African countries will leave the court given longstanding objections to the ICC's focus on the continent - - that every person tried by the ICC has been African.

The ICC was created in 1998 and opened in July 2002. It is the first legal body with permanent international jurisdiction to prosecute genocide, crimes against humanity, and war crimes. Notable countries that have not become states parties include the United States, China, Russia, and India. It had 124 members before Burundi and South Africa departed.

United Nations Secretary-General Ban Ki-moon expressed regret the countries want to leave the ICC reported Reuters and said it could "send a wrong message on these countries' commitment to justice." 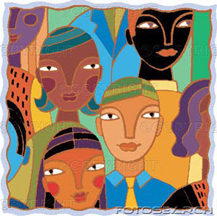 Nielsen released a new product called the Nielsen Intercultural Affinity Segmentation in response to America’s growing multi-cultural society. The new product divides consumers into five segments. Marketers use the products with its segments to understand and respond to consumers. Nielsen created these five segments: 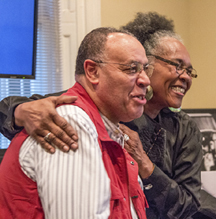 George Tolbert and Sharon Farmer appears on WUSA-TV 9 - Washington, DC before conducting their workshop at the Alexandria Black History Museum.