Leanita McClain, “How Chicago Taught Me to Hate White People" 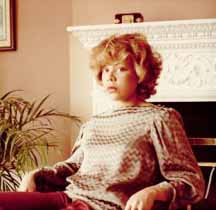 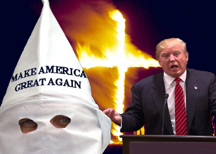 “America's first Black president cannot and will not be succeeded by a hatemonger who refuses to condemn the KKK,” tweeted Bernie Sanders just this week in 2016.

As Donald Trump and the Republicans continue to depend upon White voters and Hillary Clinton roles up states with the heavy support of Black voters (“hands that picked cotton,” as Jesse Jackson would say), and, risk being tabled a ****** lover, we recall the racial turmoil that landed in Chicago after the victory of Harold Washington as Chicago’s first Black mayor.

Leanita McClain, the first Black editorial writer for the historically White Chicago Tribune, wrote this famous piece after Washington's 1983 election. Though she wrote of Washington and his battles with White alderman, she could have easily been writing about the future election of another Chicago South Sider and future U.S. President, Barack Obama, and even the current presidential election.

In 1984, McClain lost her battle with depression with an overdose of medication, but her words live on:

The campaign was a race war. So is the continuing feud between Harold Washington and the White aldermen usurping his authority. Even Black and White secretaries in City Hall are not speaking to each other. But why am I so readily doubting and shutting out Whites I thought of as friends? . . . In 1984, she lost her battle with depression with an overdose of medication, but her words live on
. . . The Chicago Tribune endorsed Harold Washington in a long and eloquent Sunday editorial. It was intended to persuade the bigots. It would have caused any sensible person at least to think. It failed. The mail and calls besieged the staff. The middle range of letters had the words “LIES” and ‘NIGGER LOVERS” scratched across the editorial.

Hoping to shame these people, make them look at themselves, the newspaper printed a full page of these rantings. But when the mirror was presented to them, the bigots reveled before it. The page only gave them aid and comfort in knowing their numbers. That is what is wrong with this town; being a racist is as respectable and expected as going to church. 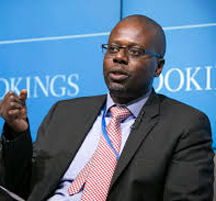 “Governance and leadership,” should be Africa’s top priority says Amadou Sy (pictured), senior fellow and director of the African Growth Initiative at the Brookings Institute  -  -  and 34 percent of those surveyed and the majority of those on a recent Brookings Institute panel agreed with him. However, in some countries, good governance is probably on the horizon.

The Brookings report edited by Sy, Foresight Africa:  Top Priorities for The Continent in 2016, sited Kenya, Botswana, and Cote d’Ivoire as examples where good governance and leadership is on the rise.

Economically, Sy says that after recent rapid growth, this year Africa’s growth rate will be the lowest since 1998. He cited the lower demand for commodities as an influencing factor in countries like Nigeria, where two-thirds of government revenues come from falling oil prices. Zambia is also expected to be affected by China’s lessening demand for copper. China consumes 45 percent of the world’s copper.


The report predicts that the fastest growing African economies will be:  Mozambique, Ethiopia, Cote d’Ivoire, Democratic Republic of the Congo, and Tanzania. The Trans Pacific Partnership is also expected to affect African trade negatively despite the Africa Growth and Opportunities Act.

The need to diversify the African economies was one antidote, but Niger’s ambassador to the United States, Hassana Alidou, emphasized, “We have to have a competitive workforce.” A part of being competitive, she said, is to have an “inclusive growth.”

She sited that women often make up 40 percent of the traditional farmers, but often lack access to resources to buy modern tools. While Sy emphasized good governance and leadership, Alidou says, “the future of Africa is in agriculture.” When it comes to women overall, the reports cites Rwanda, Seychelles, Senegal, South Africa, and Namibia as being the most progressive.

Witney Schneidman, member of the Trade Advisory Committee on Africa in the Office of the U..S. Trade Representative, cited that Africa will continue to make progress, often jumping the technology changes as it did when it jumped from land line phones to mobile.  Similarly, he says African skipping the ATM age to online banking, and from cinema film distribution to online distribution is a great possibility. 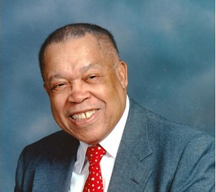 When the NABJ was founded in 1975, with its primary mission to pressure and persuade White newsroom executives to hire more Black journalists, Blacks accounted for just 0.08 percent of the thousands of newspaper employees across the country.

About 20 years later, in 1997, that number had remarkably increased by more than 1,000%. Yes, you read that right: 1,000%, which amounted to about 5,500 Blacks or 11.4 percent of all print journalists. (Statistics were unavailable for Blacks employed in the broadcast industry.)

"We've made an impact, but it is frustrating to see our progress stunted," founding member Paul Brock (pictured) said in an interview. "We need to return to our roots, and get more aggressive in our advocacy and determination to get more Blacks hired."

Last summer, Brock, 85, along with more than 1,000 other NABJ members, celebrated NABJ’s 40th anniversary. Many in attendance remarked that during the past few years, Black journalists have experienced the best of times and the worst of times. For instance, in 2014, Blacks purchased seven full power TV stations in Alabama, Iowa, Indiana, South Carolina, and Texas. There were zero such stations in 2013. Pluria Marshall, Armstrong Williams, and DuJuan McCoy were the purchasers.

Last year, a Black journalist and author, Ta-Nehisi Coates, became a distinguished McArthur Fellow and won the coveted National Book Award for Nonfiction. On the other hand, hundreds of Black journalists struggled to find employment in their trained profession and, once in good positions in newsrooms, struggled to get recognition for their work.

NABJ President Sarah Glover summed up the predicament, saying, “We may be stagnant in our numbers right now, but we will continue to advocate for Black journalists. We will remain committed to the struggle.”

In DC – Get Free Children’s Books 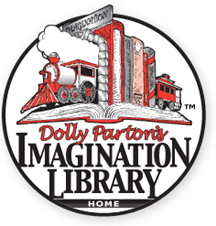 Every child under five living in Washington, D.C. can get a book for free by mail every month. The DC Public Library is coordinating this offer in partnership with Dolly Parton’s Imagination Library.


In 1995, Dolly Parton launched Imagination Library to benefit the children of her home county in East Tennessee, USA. Parton’s original goal was to foster a love of reading among her county’s preschool children and their families by providing them with the gift of a specially selected book each month.

If you live in D.C., click here to register.

If you want to see if the program is available in your area, click here. 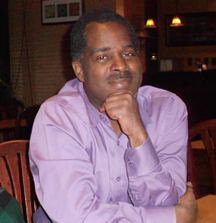 “You should always use a travel agent,” says Laura Schwerzler, Strategic Account Manager for Royal Caribbean Cruise Line. Schwerzler was speaking at a free presentation and dinner in conjunction with Daley’s Destinations at the Flavors of India Restaurant in Columbia, MD. “They have discounts not available on the web,” she continued.

During the talk and mini-movie presentations, she revealed that their new ship that leaves from Cape Liberty, NJ has bumper cars. Royal Caribbean also has European cruises. Besides discussions on ship features, destinations, and ports, she talked about their services and sensitivities to autistic children, others with special needs, and the LBGT community.

Ironically, she promotes the idea that there should be more “women” in the legislature while not endorsing Edwards. The most recent polls generally show the race between Edwards and Van Holland tied.

If elected, Edwards will be the first Black woman in the Senate since 1999 after Carol Moseley Braun lost her reelection bid. Kamala Harris of California and Andrea Zopp of Illinois are two other Black women running for Senate.

Louis Farrakhan Praises Donald Trump Trump “is the only member who has stood in front of the Jewish community and said 'I don’t want your money,'” Farrakhan said in a sermon he delivered this week. “Any time a man can say to those who control the politics of America, ‘I don’t want your money,’ that means you can’t control me. And they can’t afford to give up control of the presidents of the United States.”

Washington, DC
Voodoo-Inspired Artist Renée Stout
American University Museum
Katzen Arts Center
4400 Massachusetts Ave, NW
through Sun, Mar 13
Open Tue-Sun, 11a-4p, free
(Parking is free on weekends under the Center)
(Stout is best known for work that lets audiences view some of the rich traditions and cultural practices of African American through exploration of an underground system of African-derived folk beliefs as transmitted from slavery to the present.)