On The Dock This Issue:
The Middle Passage:
Stories of Survival 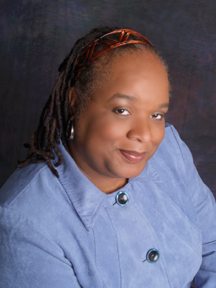 “We got $140,000.00 for one of our Black students to attend college!” Cynthia Hammond Davis (pictured left) explained with excitement.  I couldn’t believe what I was hearing.  But, Cynthia showed me the acceptance letter from the college which outlined how one of her students would receive approximately $35,000.00 for each of her four years to cover her college education.

I listened intently as Cynthia relayed that she has been assisting students for more than 15 years to obtain money to go to college.  I then asked Cynthia pointedly, how do you know so much about procuring monetary scholarships for students given the forever rising costs of college tuition?  Cynthia’s facial expression became pensive with a hint of regret as she shared how she learned the hard way.

“When my daughter, and then two years later, my son was trying to get into college, I, like most parents, completed and submitted the FAFSA (Free Application for Federal Student Aid) application.  The response that I received from the Federal Government was that I and my husband made too much money, even though we barely made enough money just to make ends meet. We applied for scholarships, but none came our way.  However, a ray of light illuminated when a nun from my son’s high school gave me a mountain of materials on the process for securing money for college.  I learned an enormous amount and the application of this knowledge became the impetus, some years later, for me to write, If I knew Then What I Know Now, College & Financial Aid Planning From A Parent’s Perspective.

I will tell you:  Don’t believe the hype that there is all of this money out there just waiting for when your child is ready for college.  Yes, there is money out there, but there are many conditions and criteria that must be met in order to receive those scholarships.  For instance, I applied for a bowling scholarship for my son, who is an avid and astute bowler, only to find out that this scholarship could only be awarded to a female student.”

Cynthia, I asked, what are four other pieces of advice that you can give students and parents in their pursuit for money to pay for college?  She suggested:
For instance, I applied for a bowling scholarship for my son, who is an avid and astute bowler, only to find out that this scholarship could only be awarded to a female student.

Taking Nature Black
The Audubon Naturalist Society will host its first-ever celebration for Black History Month, Taking Nature Black, Saturday, February 20, at its Woodend Nature Sanctuary from 9:00 am to 5:00 pm. The Sanctuary is at 8940 Jones Mill Road, Chevy Chase, MD.

The free day-long event begins with a Green Jobs Fair where college students, retirees, and professionals of color can find short-term and long-term paid, and volunteer opportunities in the environmental industry with nonprofit, government, and private sector employers. There will be breakout sessions on environmental advocacy, cultural competency in the workplace, and stewardship practices at home or in local communities.

Registration is requested. A light breakfast and lunch will be served.  The day will conclude with a cocktail party reception. 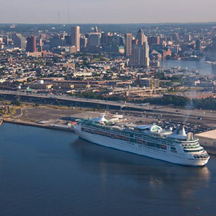 Royal Caribbean Cruise Line has teamed up with Daley’s Destinations to present its new cruise products Thursday, February 25 from 6:30p to 8p at Flavors of India, 7185 Columbia Gateway Drive in Columbia, Maryland.

In a video entitled "Foreclosure Tax Message to My Enemies," Pastor James Manning, whose World Missionary Church in Harlem is going to be sold at a public foreclosure auction next month because of unpaid debts totaling $1.02 million, lashed out at LGBT homeless youth advocates raising funds to procure the building for use as a shelter space and housing.

Manning said in a phone conversation with DNAinfo New York that the foreclosure was mostly over unpaid water and sewage bills and vowed to fight the order, claiming his church’s tax exempt status means he doesn’t have to pay. Pastor Manning church is known for having messages such as “Jesus would stone homos” and that all supporters of LGBT people should be cursed with cancer, HIV, madness, and eternal damnation.

At press time, The Ali Forney Center had raised the $200,000 to buy the building and provide housing for lesbian, gay, bisexual, and transgender (LGBT) homeless youth in Harlem.

Father Comes Home From the Wars

“I will always be White,” proudly said the Confederate Colonel, played adeptly by Tim Getman, as he reflected on the meaning of the Civil War. “Who will I say I will belong to?” questioned the enslaved Hero, convincingly played by JaBen Earl, when contemplating what it means to be free, in "Father Comes Home From the Wars (Parts 1, 2 & 3)".

Written by Pulitzer Prize-winner Suzan-Lori Parks (Topdog/Underdog), the dramatic dialogue was not disappointing though at times it slowed down the action. However, it took only seconds for Penny, played by Valeka J. Holt, to deliver the most dramatic performance upon Hero's return from the war.

The play is set during the Civil War and tells the story of Hero as he leaves a plantation and follows his owner, as his aide, onto the Confederate Battlefield. The people they meet and the decisions they make along the way too often echo modern America and can leave viewers much to think about.

Scenic Deigner Tony Cisek left us with a simple, but very workable design that worked for all three parts that lasted for a total of three hours - - with two ten minute breaks. However, the Roundhouse Theater - Bethesda, MD cast manages to make the play riveting and time passes quickly.

Unfortunately, I did not read the Play Guide (page 12) before the play or I would have read how the ancient Greek tale "The Odyssey" inspired Parks.  Reading about her inspiration made me appreciate even nore her creativity and ability to weave another of our stories into a classic.

Donna Edwards, Kamala Harris, and Andrea Zopp are at least three Black women hoping to end the Black female drought the United States Senate has suffered since Carol Moseley Braun was not reelected to her seat. Moseley Braun (D-IL), the nation’s first and only Black female senator, was a one-term Senator from 1993 to 1999, losing to Republican Peter Fitzgerald in her re-election bid in 1998.

Edwards currently represents Maryland's 4th congressional district, which is centered around Prince George’s County, which wraps partially around Washington, D.C., and has been a commentator on several major national TV talk-news shows.

Harris’s, whose website notes that she is “the first woman, the first African American, and the first South Asian to hold the office of Attorney General in the history of California, is bi-racial.

Zopp has held executive leadership positions at several Fortune 500 companies including Sara Lee, Sears Holdings, and Exelon. She once headed the Chicago Urban League and currently serves on the board of the Urban Partnership Bank, the successor bank to South Shore Bank. Zopp lives on the South Side of Chicago, just as Mosely-Braun and President Obama.

Of the 34 seats opened in 2016, Republicans hold 24 of them. Emily’s List, which supports Democratic women,  is providing assistance to Edwards and Harris.  Instead of Zopp, the group is supporting Represetive Tammy Duckworth. 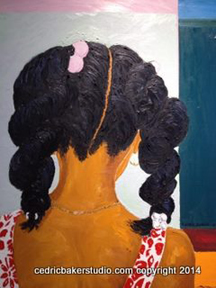