Likes & Self Esteem: The Danger of Social Media
By Kennedra Tucker 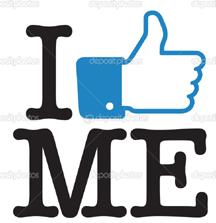 I was posting first thing in the morning, during the middle of the day, and at night. I thought to myself, I have to get the word out about my fitness classes. I have to see if anyone left me any messages. I have to check this fitness group for tips, and on, and on. It was as if social media posting was my third career. I would log in for one purpose and continue scrolling until my bedtime at 9 pm quickly turned into10 pm.

Losing sleep because of posting? Yes, that’s a problem. But, that’s not the real danger.
The real danger of social media is that it can wreak havoc on your self-esteem. How? Think about it. How many times have you counted the likes you have received on a post, particularly a picture of you taken by someone else or a selfie? Go ahead and count. I’ll wait.

Now, how many times have you counted the number of likes on a colleague’s post, picture, or selfie and compared it to your own? Have you ever asked yourself: Wait, why did her picture get more likes than mine? Is she prettier than me? Do people like her posts more than mine?

President Barack Obama is the elected head of state of the United States of America. He leads the executive branch of the federal government and is the commander-in-chief. He is considered one of the world's most powerful people.

Attorney General Loretta Lynch is the head of the United States Department of Justice and is the chief law enforcement officer and chief lawyer of the United States government. The attorney general serves as a member of the president's cabinet. Federal law enforcement agencies reporting to her include the Federal Bureau of Investigation (FBI), Federal Bureau of Prisons (BOP), Bureau of Alcohol, Tobacco, Firearms, and Explosives (ATF), Drug Enforcement Administration (DEA), United States Marshals Service (USMS), and the Office of the Inspector General (OIG).

Finally, Secretary Jeh Johnson is the head of the United States Department of Homeland Security, the body concerned with protecting the United States and the safety of United States citizens. He is a member of the President's Cabinet, too. Congress created this position when it created the Homeland Security Act, following the attacks of September 11, 2001. This department consist primarily of components transferred from other cabinet departments because of their role in homeland security such as the Coast Guard, Federal Protective Service, U.S. Customs and Border Protection (which includes the Border Patrol), Secret Service, and the Federal Emergency Management Agency (FEMA).

Without knowing history, these achievements can be overlooked. Knowing history and how the image of Blacks have been projected, makes the images and reality of Obama and our security team monumental.

Twelve states have produced double-digit declines for some period since 1999, led by New Jersey (31%), New York (28%), Rhode Island (25%), and California (22%). Notably, these states have achieved substantial reductions with no adverse effect on public safety.

Among states with rising prison populations, four have experienced double-digit increases, led by Nebraska and Arkansas, whose respective prisons populations grew by 22% and 18% since 2009. Despite sharing in the national crime drop, these states have resisted the trend toward decarceration.

Decarcerating juveniles for life without parole is the subject of Josh Royners’ Juvenile Life without Parole: An Overview. The book includes discussions on the impact of the Supreme Court’s recent decision in Montgomery v. Louisiana, which will sharply curtail the number of people serving life without parole sentences for offenses committed as juveniles.

Approximately 2,500 people are currently serving life without parole for offenses committed as juveniles; 16 states and the District of Columbia have banned the use of the sentence for juvenile offenders.

Clothes for The Gambia

The Port Of Harlem Gambian Education Partnership has gathered even more clothes to ship to our partners in The Gambia and you can help. Based on last year’s needs, we still seek women’s clothes, but even more children and men’s clothes. Most importantly, since most Gambians are thin, we need clothes for thin to medium/thin-sized people.

The two groups who we work with use the clothes to sell at discounted prices. They use the funds from the sales mostly to help provide an education for local students in need and to develop their entrepreneurial skills.  You can learn more about the two groups, by clicking their names:  Baobob Youth Development Association and Secca Memorial School.

To date, we have sent three barrels. Your donations are fully tax-deductible. To arrange to make a clothes donation, e-mail or call Wayne Young at 202-583-3438.

In a move that illustrates the intersectionality of the Black Lives Matter (BLM) movement and the work of activists who advocate for LGBTQ rights, the San Francisco Lesbian Gay Bisexual Transgender Pride Celebration Committee has named BLM as one of its grand marshals for the 2016 pride parade.

The 46th annual San Francisco Pride Parade is scheduled for June 26, and this year’s theme is “For Racial and Economic Justice.” The parade typically has about 13 grand marshals each year. Black Lives Matter will serve as the organizational grand marshal; co-founder Alicia Garza was a grand marshal in 2015.

A Change.Org petition calls for the allowance to carry firearms at the Quicken Loans Arena during the Republican National Convention in July. The petition quotes one of the Republican’s biggest benefactors, the National Rifle Association:

"The NRA, our leading defender of gun rights, has also correctly pointed out that "gunfree zones... tell every insane killer in America... (the) safest place to inflict maximum mayhem with minimum risk."

All three remaining Republican candidates have spoken out on the issue and are unified in their opposition to Barack Hussein Obama's "gun-free zones." Donald Trump said "I will get rid of gun-free zones on schools—you have—and on military bases on my first day. It gets signed my first day...you know what a gun-free zone is to a sicko? That's bait." 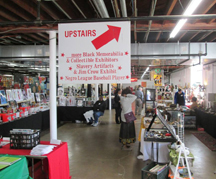