You may have caught a glimpse of her at Washington’s Eastern Market - - exhibiting her boldly colorful art and regaling both new and old friends alike, with her quick wit and amicable demeanor. Or, perhaps you have seen her works around the District of Columbia on a mural, at an art gallery, or featured in the Washington Post. Whenever you met Quest Skinner, including at DC’s Holiday Market this holiday season, it will be a memorable occasion.

Skinner is a talented mixed media artist based in the Brookland arts community of Washington, D.C. In her words, being a mixed media artist means “complete freedom.” She further explains that mixed media is having “the ability to take nothing and always being able to create something - - it is repurposing and restructuring, seeing things that would end in a landfill, and making them into a heartfelt gesture to the world.”

I recently visited with Skinner to view her latest collection, “Exit Default World,” on display at the Brookland Artspace Lofts. Typically, Skinner is compelled to create a new collection following a life changing event or recent travel and “Exit Default World” was born out of her recent experiences at Burning Man. The event takes place annually at Black Rock City - - a temporary community erected in the Black Rock Desert in Nevada.

Skinner told me that family and friends are always excited when she experiences something new like Burning Man, an event that organizers bill as a community “united in the pursuit of a more creative and connected existence.” And accordingly, she says she shares her journeys with family and friends via her art, “mixing colors where words cannot go.”

Born into a family of artists in Pittsburgh, Pennsylvania, Skinner never lacked family support. She enjoyed a childhood bolstered by her mother’s staunch support and understanding of her child’s artistic needs.
“You can always do something for the spoiled and the royal, but to do something for someone who has never been seen as worthy and give them a possibility to understand that (life) is a playing field (and that) they can restructure their life any day that they are ready (is a good feeling).” She has also garnered support in the arts community. In 2014, Artspace awarded her their first Steve Kramer Award for Community Service.

Regarding community services, she explained, “You can always do something for the spoiled and the royal, but to do something for someone who has never been seen as worthy and give them a possibility to understand that (life) is a playing field (and that) they can restructure their life any day that they are ready (is a good feeling).”

Svelte and healthy, after eliminating flour and sugar from her diet, Skinner has been busy in her studio creating 200 pieces for DC’s annual Holiday Market. She will be there, outside the Verizon Center, at 7th and F Streets, NW, DC through Monday, December 14, 2015.

How Dutch Activists Are Fighting a Christmas Blackface Tradition

by Tara John for TIME
The celebration of the feast day of Saint Nicholas on Dec. 5, known as Sinterklaas, is the biggest children’s holiday in the Netherlands, one that can even overshadow Christmas. Key among the festivities is a character from from Jan Schenkman’s 1848 children’s book, Saint Nicholas and his Servant — a minstrel-like helper called Zwarte Piet, or Black Pete.

In the days leading up to Sinterklaas, actors playing Saint Nicholas visit towns and cities throughout the Netherlands accompanied by revelers in black face, dressed in servants’ costumes, complete with enlarged red lips and wooly wigs. Although the imagery harks back to a time of overt racism, the holiday is so popular in the Netherlands – including candy, figurines, t-shirts and other products touting images of Black Pete – can reach 515 million euros.

Read the full story in TIME. 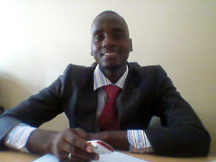 The Bakindik Youth Development Association will mark its second anniversary “as a platform for sensitizing and dissuading the prevalence of domestic violence within our homes, communities, country, and world at large,” says President Ebrima Jallow.

To amplify the group’s message, there will be speeches, dramatic performances, debates, and a quiz. They will also feature cultural displays, a football tournament final, wrestling, a live performance by up and coming artist Semes, and traditional site visits.

The site visits will include the location of the original village, the sacred traditional site where village forbearers gathered to pray for rain and another where there is a big log that believers believe that any prayer made there will be answered; thus many people drop money when they pass by it and no one dears to touch it.

Members of the village and the association are of various ethnic groups and practice various belief systems.

With a sense of inclusivity and historical reverence, the site visits, added Jallow, “will educate or refresh our memories of where we came from, who we are, and the way forward.”  The twenty-something-year-old Jallow says he wants to teach the young, “That our ancestors were leaders, determined, and success oriented people. So, these straits are expected of all current natives of the village.”

If you have a Facebook account and someone asks you to “friend” them, you probably won’t question them about their intentions. However, if you “recognize” their name and photos, the person begins to ask you “dumb” questions, and tell you how to get money and products for free, you have the right to be very suspicious.

Just a e-mails get hijacked, so does Facebook pages. And, they often look “real,” even with the pictures of someone you know well.


As with any bogus phone call or snail-mail delivery, it’s best to ignore the information and to “unfriend” the person. To unfriend a person:

Stage Kiss
Stage Kiss, now playing at the Round House Theater in Bethesda, Maryland, admirably puts together a progressive cast without racial boundaries or with color blind casting.  Making Stage Kiss even more intriguing was that the two female African-American members had natural hair. Now, that has less to do with the plot or the acting, but part of theater is to stretch the audience - - and Stage Kiss did that wonderfully.

The story is a play within a play. It centers on former lovers who are casted into a play playing lovers.  I must admit, I really did not catch on to the story line until I read the playbill and did not find much in which to laugh, but the acting was superb. Nevertheless, the vast majority of the audience consistently chuckled though out the play until its less dramatic ending.