On The Dock This Issue:
The Color of Debt 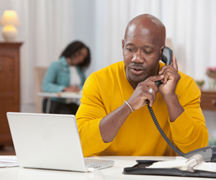 On one street in Jennings, Missouri, 8 of the 16 households, including the household of the mayor, were being sued for a debt they owed. This was one of several findings revealed during a discussion on the debt collection system in the United States and how it affects the racial wealth gap.

Ann Price, Managing Program Director and Chief Asset Building Officer at the Insight Center for Community Economic Development, believes the problem cannot be solved just be emphasizing personal responsibility, but by changing the structure which allows people to get into debt and stay there. Some of the panelist compared the current debt collection system to the police ticket practices in Ferguson, Missouri where police often target Blacks for minor offenses and ticket them.

Part of the practices highlighted needed for change is the practice of allowing debt collection companies to buy your debt for as little as three percent of what you owe the original loaner. Another portion of the debt collection system highlighted for change was how judgments are rendered. Studies indicate that debt judgements were two times higher in majority Black areas versus White areas.

Note:  Have you been sued over a debt? If so, ProPublica wants to hear from you as it continues its investigations.  Click here and complete the form. ProPublica promises to not publish any identifying information.

Akeelah and the Bee – Good Fiction

I never read the book or saw the movie, but was eager to see “Akeelah and the Bee” on stage at Arena Stage in Washington, D.C. The performance with a multi-cultural cast, was worth my time, and would be a great theater experience for young adults - - especially those in need of inspiration.

While Johannah Easley as Akeelah Anderson gave one of the best, most memorable, and believable portrayals I have ever seen, the story itself was a bit daunting.

Most of the male characters are of your pathetic type. Even the Black women seem to be missing something that kept them in the “hood.” At times, I was not sure if we should explore the mental conditions of the characters to better understand poverty in America or just accept them as characters that make Akeelah the community stand out.

In reality, the inaugural African American National Spelling Bee Championships took place in Houston. Organizers of the May 2015 event hoped to get more Blacks excited about spelling, a critical building block to teaching children how to read. They also hoped to inspire the first African-American child to win the prestigious Scripps National Spelling Bee, an occurrence that has not happened in the event’s 85-year history.

Though Akeelah at Arena Stage is fictional, it is great entertainment and can be a great inspiration and/or chance to reflect on the struggles to create real Black academic super players.

It has become a Washington holiday tradition.  First held in 1990, the BZB Black Gift & Art Show returns to the Shiloh Family Life Center for Black Friday & Saturday, November 27-28 and continues for the next three Saturdays before Christmas - December 5, 12, & 19, 2015.  The Shiloh Family Life Center, 1510 9th Street, NW, is two blocks north of the  Washington Convention Center in the nation’s capital.

“Our goal is to attract customers to shop with the businesses and artisans in their communities. People are having second thoughts about shopping in this economy along with the added stress and inconvenience of suburban malls," says Juanita Britton,  Retail Marketing Specialist and the show’s producer.

Shoppers will find specialties at the event including fine jewelry of gold, diamonds, and silver by local master goldsmith, Shukri Goldsmith; bath and beauty products from a Washington favorite, ZURESH; colorful kente shawls and weaving demonstrations from Ghana’s own master weaver, Kwasi Asare.  Baltimore’s Larry “Poncho” Brown, with prints and originals for sale join, the vendors as well as Washington’s couture designer Damali. 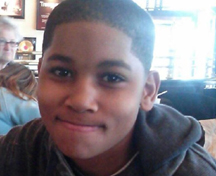 He was a child.  He was playing with toy gun. In a Cleveland park. “Timothy Loehmann, an officer in training, shot and killed Tamir within two seconds of arriving at the park. The police car hadn’t even fully stopped before he began shooting,” says his cousin LaTonya Goldsby.

Though a year has passed, county prosecutor Timothy McGinty has not presented the case to a grand jury to determine if charges will be filed against the officers.

Goldsby has a petition on Change.org that:  “demand that charges be filed against the Cleveland police officers responsible for the death of 12-year-old Tamir Rice, who was innocently minding his own business in a public picnic shelter at Cudell Recreation Center on November 22, 2014, when a police squad car driven by officer Frank Garmback suddenly descended upon Tamir and officer Timothy Loehmann fired two shots in 0.792 seconds hitting Tamir Rice in the stomach.”

It was 20 years ago when Port Of Harlem first appeared. We distributed the first issue as a collectible item at the Black Memorabilia and Collectible Show. The original intention was to simply fulfil our plans to release a “collectible” product every year.  Other yearly collectibles included coffee cups and pencils with our name on it.

Over the years, Port Of Harlem changed as new technology and lower cost allowed us to go from a black and white annual publication to a full color quarterly publication. Today, we are fully green, online, and delivered via e-mail, Twitter, LinkedIn, Facebook, and on Pinterest.

You can help us continue making history by:

The Graham Collection, which is no longer is business, was our first advertiser. Click here for a list of our current advertisers, including Ivan Brown Realty, who was in the first issue and every issue since. All of our advertiser make Port of Harlem free to you.