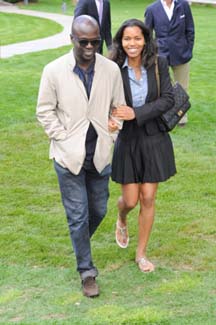 The events will take place one day after its lead designer, David Adjaye, celebrates his 50th birthday.

The Museum officially opens to the public immediately following the Dedication Ceremony on Saturday, September 24, 2016. The museum keeps its doors open for extended hours Sunday, September 25, from 10am to 10pm, however,  more than 28,000 opening weekend tickets to the National Museum of African American History and Culture were claimed within an hour of becoming available.
The museum continues to offer free Timed Passes to facilitate entry and alleviate extended wait times for the public or by calling 800-514-3849 or 919-653-0443 between 9 a.m. and 8 p.m. Monday through Saturday and noon to 8 p.m. Sunday. Passes are limited to six per request.
Tickets are not required for the public to view the outdoor Dedication Ceremony. Extensive large-screen viewing areas will be well-positioned for crowds during the Dedication Ceremony on the Washington Monument grounds. Adjaye (who turned 50 the day before the museum’s opening) and Adjaye Associates was the lead designer of a four company team, overseeing the design as a whole. In addition to Adjaye’s company, The Freelon Group, which is now Perkins & Will, was the second Black-controlled group that was part of the project. Adjaye is also responsible for the design of another public building in Washington, DC, the Francis Gregory Library in the city’s Southeast quadrant.

Adjaye was born in Dar es Salaam, Tanzania and is of Ghanaian descent. His father was a Ghanaian diplomat. The architect also lived in Tanzania, Egypt, Yemen, and Lebanon before moving to Britain at the age of nine.  Adjaye is married to American Ashley Shaw-Scott.

- Long Road to Hard Truth, by Robert L. Wilkins, chronicles the early history in creating a monument for Black soldiers beginning fifty years after the end of the Civil War and later evolving to creating a national museum. Wilkins follows the endless obstacles through the decades, including political machinations and deliberate maneuverings to block the construction of the museum, and the world events that put it at the bottom of priorities. 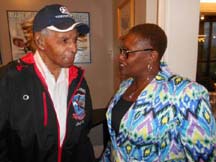 97-year-old Robert Martin was on a day-tour of Gary with fellow residents of a nearby Olympia Fields, Illinois assisted living residence when he noticed his picture in the Tuskegee Room at the Gary Aquatorium.  Since then, The Society, a group responsible for the restoration of the Aquatorium, has embraced him and will paint a replica of a Tuskegee Red Tail plane the same as the one that the airman flew --  including with the name of his then girlfriend on the plane’s body.

On hand for the ceremony unveiling the replica was Martin’s daughter, Noel, of nearby Chicago. She said the airmen painted the tail of their planes red because that was the only color available. About the honoring of the Tuskegee airmen at the Gary Aquatorium, she added, “It bodes well for Gary. It bodes well for the United States.”

Once painted, the replica will be hoisted near a statue honoring the airmen. Both memorials are on the same side of the former Gary Bathing House that now honors the Tuskegee Airmen. The opposite wing honors Octave Chanute, who experimented with gliders in the Gary Dunes before the Wright Brothers made their first flight with a glider at Kitty Hawk, North Carolina.  The Aquatorium on Lake Michigan is in Gary’s Marquette Park, the western gateway of the Indiana Dunes National Lakeshore.

Note: The painted WWII Redtail will be hoisted Sun, Sep 18, 4p-6:30p. A commemorative poster is available.

The event is $25, but free for those who attended the August 20 event. A light fare will be served. 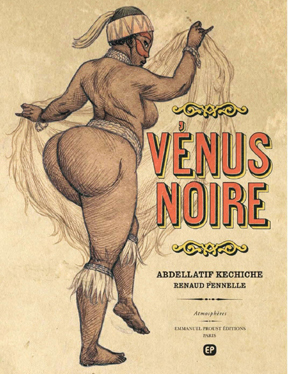 L.  Johnson Promotions announced that it will hold a Black Memorabilia Show in Baltimore in 2017, in addition to its show in Gaithersburg, MD. The Reginald F. Lewis Museum of Maryland African-American History and Culture will host the show Saturday, February 11, 2017. The Montgomery County Fairgrounds in Gaithersburg will host the 33rd annual national show Saturday and Sunday, April 8 and April 9, 2017.

“Our intent is to provide an environment where the public can be educated on the African-American experience,” says Lindsey Johnson of L. Johnson Promotions. At these shows, vendors and artisans will display and sell Black memorabilia and fine arts and crafts, and hold educational exhibits, seminars, and appraisals.

Blackberry Daze
By Wayne A. Young 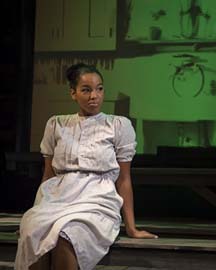 As live theater should, Blackberry Daze at Alexandria’s MetroStage theater enlivened my senses and imagination. Though this two-hour play starts off slow, very slow, through sound affects, movements, props, video, and stage lighting, my mind was fully activated after the first few original songs. By intermission, I was on edge to see and feel how the world premiere of the musical adaptation of Ruth P. Watson’s 2012 novel, “Blackberry Days of Summer” would get to its foregone ending.

The show stars TC Carson, of TV’s "In Living Single" fame. He plays an alcoholic playboy who does not know how to keep his penis in his pants. The introduction to his character at the play’s genesis made the story sickening. However, it was the roll out of the many subplots and the creative weaving of them that kept the show humming in addition to the performances of young, new actors Ayana Reed and Duane Richards.  Reed and Richards are Washington, D.C. Duke Ellington High School graduates.

She plays a young woman who discovers unsettling things about her past and faces a challenge that many prefer not to experience.  The character allows Reed the opportunity to show she can handle a wide range of emotions over a short period of time extremely well.

Richards has the double-whammy of playing two characters, one much older than his actual age. He was better suited as the younger character. Nevertheless, these two young actors brought excitement to the stage partly by being able to deliver alongside the expected professional deliveries by the veterans, including Carson and perennial MetroStage actress Roz White.

By the end of the show, I thought the show stared Reed. And, I was glad to see her and Carson share the last bow.

MetroStage’s Carolyn Griffin mentioned how audiences always expect “good music” from the theater’s show. Port Of Harlem reader and MetroStage theatergoer Vanessa Petty agreed. Two other Port Of Harlem subscribers, Terri Lowery and Mathew Britt, won tickets to see the show that will be at MetroStage though Sunday, Oct. 9, 2016. 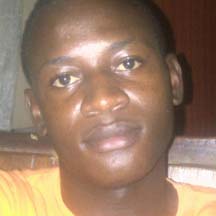 Musa Njie, a Port Of Harlem Gambian Education Partnership (POHGEP) Facebook Friends participant, won a scholarship to study electrical engineering in China. (Musa is the Arabic name for Moses). The 21-year-old Gambian will spend one year learning Chinese at North East Normal University in Changchun before beginning his electrical engineering studies at the University of Science and Technology Beijing.

Njie graduated from Kotu Secondary School in 2015 and had been studying at the University of the Gambia. "He was a hard working young man," recalled his secondary school math teacher, Keluntang Drammeh.  In high school, the 20-year-old Njie focused on studying physics and has worked as a car electrician for about nine years. “I started when I was very young,” he said via Facebook from his new home in China.

Njie exchanged talks with many but, especially with Aaron Garriga of St. Louis.  Before leaving his home in Gambia, Njie said the talks made him aware of the broader world and with the “help of POHGP, I am better ready to withstand any conditions where I am.”

Kabyria Booker of Washington, D.C. and POHGEP Facebook participant said her experience with the group helped her to “learn about myself and that it is very easy for me to talk and get to know the Gambians over social media because I could not see them.  Therefore, it was harder for me to judge them.  I noticed that by seeing people first, I alter my conversations based on what I see.”

The charity also just shipped two barrels of gently used and new goods to the Baobab Youth Development Association for their second hand goods fundraising efforts and additional exhibit panels to add to the West Africans in Early America exhibit at Timbooktu Bookstore in New Bakau and the Juffreh Slavery Museum in Juffreh.

- Clinton Was Wrong:  Only 42% of Trump's Supporters Are Racist - Jamelle Bouie of SLATE magazine explains on Face the Nation why Hillary Clinton's "basket of deplorables" remarks were "correct and accurate" based on data. - In a Washington Post poll, Clinton loses to Trump among White voters without a college degree in every state, except Vermont.

- The Supreme Court justices declined to get involved in a political controversy that began when the Michigan Republican leadership passed a bill to end 125 years of straight-ticket voting, which allows a voter to vote for all candidates of a desired party by taking a single action. The A. Philip Randolph Institute and Common Cause sued, saying the law was meant to discourage minority voters who overwhelmingly choose Democrats. Justices Clarence Thomas and Samuel A. Alito Jr. said they would have granted the state’s request.

- At least two Black women are running for House seats - both Democrats . . .
1) former Orlando Chief of Police Val Demings running for Congress in Florida – she is the favorite
2) former Delaware Secretary of Labor Lisa Blunt Rochester won Tuesday's Democratic primary in the very deep blue (Demorcratic) state of Delaware. She looks to become the first African-American and first woman elected to Congress in Delaware. -The latest California poll has Kamala Harris besting Loretta Sanchez 51 to 19 percent. Harris is of African and Asian Indian descent - NBC's Lester Holt, ABC's Martha Raddatz, CNN's Anderson Cooper, Fox News' Chris Wallace and CBS' Elaine Quijano will moderate presidential and vice presidential debates this fall. Holt, anchor of NBC's "Nightly News” and who is of African descent, will moderate the first debate at Hofstra University in New York on Sep 26.  This will be one of the most inclusive groups of moderators ever and include a Black, woman, gay man, conservative, and Asian-American. 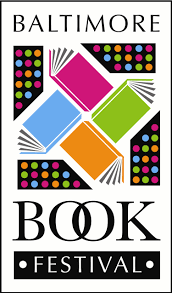 Atlanta, FX, Sep 6
Donald Glover, The rapper and community actor is the creator