On The Dock This Issue:
The Other Side 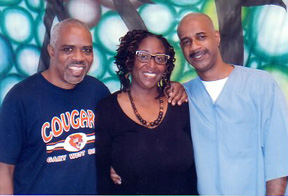 Incarceration has literally stripped me of everything that is decent. One of the last pleasures I held dear to my heart was being able to tightly embrace my fiancé, then sealing that embrace with a loving kiss.  Even that simple pleasure will now only be a memory for me, the other inmates, and our visitors.

The Department of Public Safety and Correctional Services (DPSCS) issued a directive which states, “No contact at all in the beginning of visitations, and only a brief hug and peck on the cheek at the end of visitations.” The new policy that took effect November 30, 2015 also prohibits taking photos.

The changes affect all 24 Maryland state prisons. “This change is an effort to crack down on contraband during visitation,” said Robert B. Thomas, Jr., DPSCS spokesperson. DPSCS cites 800 documented incidents in the past two years as reasons for the change in policy including a spike in the abuse of synthetic marijuana and heroin, leading to costly emergency room visits and hot altercations. Cell phones and tobacco are common items confiscated during shake downs.

Inmates, their families, and the ACLU quickly responded to the new policy. Most do not conceive that the majority of contraband entering the institutions arrive by way of visitors, especially through kissing and taking a thirty second photo with them. It is absurd to suggest that large amounts of drugs, tobacco, and cell phones are passed from visitor to inmate through kissing. One visitor made a valid point, “We are thoroughly scrutinized. We are made to go through metal detectors, and have a wet nose drug dog sniff us and our car.”

When Maryland Governor Hogan closed City Jail in Baltimore due to corruption that resulted in an influx of drugs, cell phones, and sexual favors between inmates and correctional officers, several staff members - - not visitors - - were charged for smuggling in contraband.

Most vulnerable to this new policy are the children who are made to feel rejected - - as they race up to their father, eyes bright and arms spread, only to be denied an embrace.
Sonia Kumar, staff attorney for the ACLU, questioned the justification for implementation of statewide changes instead of punishing rule breakers.  “They don’t have to be blanket polices that punish everyone because of the actions of a few,” reported the Maryland Gazette newspaper.  More than 900 people have resisted the change by signing an online petition.

Most vulnerable to this new policy are the children who are made to feel rejected - - as they race up to their father, eyes bright and arms spread, only to be denied an embrace. “This adds another obstacle for inmates in maintaining relationships with their support system,” remarks Kumar.

An extremely crucial ingredient to returning citizens successfully reintegrating into the community is the inmate’s ability to stay connected. Added Kumar, “We want to encourage people to retain their humanity.”

When my fiancé visited me before the new policy took place, we normally ended our visit by holding hands and praying. Now we only pray.

Photo: A picture of T. Michael Colbert, POH publisher Wayne Young, and Colbert’s girlfriend Ivy after a visit with Colbert.  Such pictures are no longer allowed.

Dr. Ron Simmons, PhD will be retiring in 2016 after 24 years as the President/CEO of Us Helping Us (UHU). He has made UHU, one of the oldest and largest Black AIDS organizations in the United States that serves gay and same-gender-loving men, lesbians, heterosexual men and women, transgender individuals, and youth.

Since 1992, Simmons has raised over $16 million for the programs at UHU. UHU has over 10 programs and services, 15 fulltime staff, and an annual budget of $1.5 million. In 2001, UHU was the first gay-identified AIDS agency in the country to purchase a building for its headquarters and service facility.

One of his departing goals is to raise $100,000 for an endowment that will sustain Us Helping Us as an institution.

Diamond and Silk are biological sisters from North Carolina and part of the “new silent majority,” they say. “We ‘Stump for the Trump’ because we believe in and can relate to his campaign," they write on their website featuring video commentaries on the 2016 campaign for the White House.  There are a few other Blacks on the Internet who support Donald Trump for president:

Diamond and Silk Tips on Voting and Voter Suppression

Black Women on Why they Support Trump -  Filmed in Temecula, CA

Elizabeth Warren Speaks at Color of Wealth Summit
By Wayne A. Young 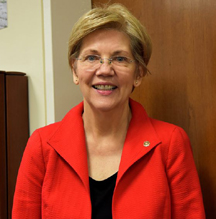 Massachusetts Senator Elizabeth Warren(D-MA) gave a warm, but fact full address to the annual Color of Wealth Summit on Capitol Hill. She spoke of how the United States created a large middle class between 1930 and 1980 by investing in education, the infrastructure, and research. However, she said that “systematic discrimination kept Blacks from being a part of it.”

During the recent Great Recession, which officially lasted from December 2007 to June 2009, she pointed out that while Whites lost 11 percent of their wealth, Blacks lost 30 percent of their wealth. To overcome the problems of the Great Recession, she proposed there things: 1) an end to predatory practices 2) enforcement of the Community Reinvestment Act and 3) investments in communities of color  - - including investments in public transportation and education.

In a study distributed at the conference based on US Census Bureau data, the Great Recession had a huge impact on Black businesses, too. African American men felt the impact as they were the only group to have a decline in the number of businesses between 2007 and 2012. During the same period, firms owned by Black women had the largest decline in average annual sales, 30 percent.

Knowing her proposals face an uphill battle, Warren ended saying that one thing she has learned being a Senator is that “You don’t get, what you don’t fight for.”

Other speakers included Representative Ted Lieu (D-CA), who spoke about how setting monetary bail bonds discriminated against the poor.  According to Lieu’s website, “Many people decide to plead guilty purely to get out of jail because they cannot afford bail.  Throughout the nation, those with money can buy their freedom while poor defendants stay behind bars awaiting trial” while losing income.  Lieu is the sponsor of the No Money Bail Act Of 2016.

Alejandra Castillo, National Director of the Minority Business Development Agency, spoke how immigrants are creating wealth by opening foreign trade businesses using their cultural and linguistic ties to trade in their home countries. During a panel on gentrification, Baruch College professor Hector Cordero-Guzman surmised “development is the goal, not displacement.”

The Center for Global Policy Solutions sponsors the annual event. 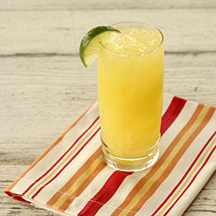 Everyone knows that the Kentucky Derby's official drink is the Mint Julep, the first leg of the thoroughbred racing series.


Now, that it’s behind us, horse racing fans are focused on The Black-Eyed Susan, the official drink of the Preakness, the second leg of the thoroughbred racing series that takes place on May 21. The race takes places at Baltimore’s Pimlico Race Course, where it’s been held since the race’s inception in 1873. The third and final leg of the Triple Crown is the Belmont Stakes, whose official drink is the Belmont Jewel featuring Woodford Reserve bourbon, lemonade and pomegranate. See the drink mixes below:

The Old Forester Mint Julep Recipe
Make a simple syrup by boiling sugar and water together for five minutes. Cool and place in a covered container with six or eight sprigs of fresh mint, then refrigerate overnight. Make one julep at a time by filling a julep cup with crushed ice, adding one tablespoon mint syrup and two ounces of Old Forester Kentucky Whisky. Stir rapidly with a spoon to frost the outside of the cup. Garnish with a sprig of fresh mint.

Black-Eyed Susan (Pictured)
Mix ingredients and pour into a glass with crushed ice; garnish with an orange and cherry

Polls show Kamala Harris ahead in her quest to become the Democratic nominee for US Senate representing overwhelming Democratic California. If she wins the primary June 4, she is expected to become only the second Black woman to sit in the Senate. Harris, pictured below, is of African and Indian descent. 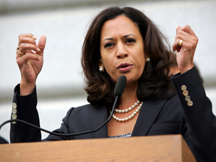 California is 7 percent Black.  The two states currently with Black senators are South Carolina, 28 percent Black, and New Jersey, 15 percent Black. In recent years, Illinois has sent three Blacks to the higher national legislative chamber - - - - all from Chicago’s South Side. Illinois is 13 percent Black. Earlier this month Maryland, which is 30 percent Black, failed to elect a Black US Senator.

Harlem’s Rep. Charles Rangel had this to say about Donald Trump, the Republicans, and White Supremeist: "Let's find out who are these Republicans. First, we know they are the wealthiest White people in the world. Then they’re joined by Dixiecrats who hate Black folks and leave their party. Then, if they’re frustrated because they don’t think they’re getting a fair shake, and they hate immigrants and minorities, they join the party.

"Then, they don’t like women, they join the party. We start taking a look and see who these people are, the Republicans [tried to be] quiet about that and they just say ‘God Bless America.’”

"But crazy Donald Trump has pulled the sheets off of all of them.” 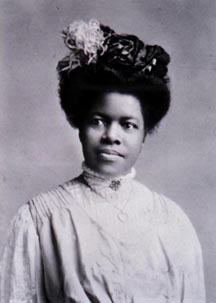