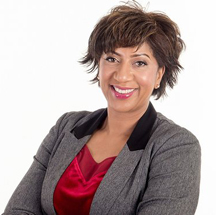 Incidents of racism in the wake of the European Union (EU) referendum result have increased dramatically, according to the latest figures. Complaints filed to British police online hate-crime reporting site True Vision have increased fivefold in recent weeks, the National Police Chiefs Council said, with 331 hate crime incidents reported to the site compared with a weekly average of 63.

Islamophobic leaflets put through doors in Birmingham, more than 20 elderly people, some using wheelchairs, had to flee the Hulme-based African Caribbean Care Group after a threatening phone call in Manchester, and a BBC radio reporter was racially abused in the street in Coventry are just a few of the reports.

BBC News and Video: A police investigation has been launched after a BBC radio presenter was racially abused in the street. 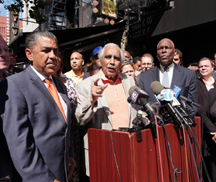 In this overwhelming Democratic district, Espaillat is expected to become the first Dominican-American and former illegal alien to sit in Congress.  He won with around 1,000 votes over his nearest opponent, Keith Wright, without the backing of the borough’s Democratic Party machine or veteran Pan-Africanist Felipe Luciano, who is of Afro-Puerto Rican heritage. Rangel had wrested the seat from Powell by 150 votes in 1970.

"I don't think it will mean much in terms of policy issues, because New York is so Democratic that there isn't that much different between Rangel and Espaillat," said Angelo Falcon, the head of the National Institute of Latino Policy. However, as the first and only Dominican in Congress, Espaillat  many expect that he will also become a strong advocate for the Caribbean nation just as Puerto-Rican American Luis Gutiérrez (D-IL), a protégé of the late Harold Washington, has been an advocate for Puerto Rico.

“I believe the election of Adriano Espaillat is a perfect answer to Donald Trump. An immigrant from New York City gets to Congress who came here with no papers and overstayed his visa — [it’s] the best message we can give to Donald Trump,” Espaillat said, reports the Daily News. 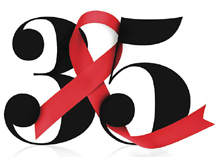 Doctors in New York and California have diagnosed among homosexual men 41 cases of a rare and often rapidly fatal form of cancer. Eight of the victims died less than 24 months after the diagnosis was made.

The cause of the outbreak is unknown, and there is as yet no evidence of contagion. But the doctors who have made the diagnoses, mostly in New York City and the San Francisco Bay area, are alerting other physicians who treat large numbers of homosexual men to the problem in an effort to help identify more cases and to reduce the delay in offering chemotherapy treatment.
Read the Full Article

Current AIDS Treatment -- From Our Archives: No More Condoms? (What Is PrEP?) By Theo Hodge Jr, M.D. 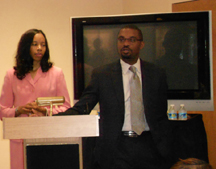 “If she (my wife) moves someone into our house (after I die), it won’t be because she needs the money or vice versa,” said Nicolas Abrams to much laughter as he talked about the necessity for couples to figure out their insurance needs. Though Abrams, Port Of Harlem’s Money contributor, and his wife, Leah, gave an hour talk on the serious topic of Marriage and Finance, the 11 people who attended the event found it interactive, polite, and very conversational.

Participant Paulette House added, “The talk was encouraging and we saw Black couples in ways that we hardly see them. One Black couple even brought their young adult daughter to the talk, which was good.” Thomas, Paulette’s husband, says the program will change his behavior, “It’s not mine, but ours, when I go out to purchase something, I need to talk to Paulette first,” Thomas explained. A few singles also joined the conversation.

On their 11th wedding anniversary, the Abrams talked on a range of subjects including how college and retirement expenses are squeezing the middle class. With college costs rising faster than inflation and Americans living longer, he said Americans have to save more because, “you can live after retirement longer than you worked.”

Leah, a Certified Public Accountant, also talked about the IRS Injured Spouse Form 8379 that allows the “injured spouse” on a jointly filed tax return - - to file to get back his/her share of the joint refund when the joint overpayment is applied to a past-due obligation related to the spouse such as child support. With the form, the injured spouse can claim his/her full tax refund. She explained, “it’s useful when you don’t want to pay for your spouse’s prior debt like child support.”

Communication and openness about earnings, spending, and assets are the keys they stressed, but Nicolas added that not all successful couples see it that way. He told the story, with the group laughing in response, of one client who had been married for 20 years - - say of her husband, “and that Negro still does not know all that I got.”

We have added three more Senegambian-Americans to the West Africans in Early America exhibit. In an earlier issue of Port Of Harlem, we featured Ayuba Suleiman Diallo (Job ben Solomon) (1701-1773).  In this issue we feature Hajji Omar ibn Sayyid (1770 1864) (pictured).

Hajji Omar ibn Sayyid was an educated follower of Islam before he was captured and sold in the United States.  The University of North Carolina and Davidson College has his writings.

You can view the entire exhibit at the Juffreh Slavery Museum in Juffreh, The Gambia; Timbooktu bookstore in New Bakau, The Gambia; the A Port Of Harlem Summer at the Alexandria Black History Museum events, and online.

We are proud to add these two ancestors plus a third whom we will feature soon, who happened to be Muslims, during this era of spreading miseducation about Muslims - - including their relationship to the children of enslaved Americans.

- Another Obama First:  He designated the first national monument to honor the struggle for LGBT rights.  The new national monument at the historic site of the Stonewall Uprising in New York City honors the movement for LGBT equality. The Stonewall National Monument will protect the area where, on June 28, 1969, a community’s uprising sparked the modern LGBT civil rights movement in the United States.  Most of the initial fighters who responded to the police raid were Black and Brown transsexuals.   In 2015, many boycotted the film “Stonewall” for “whitewashing” the event by not correctly portraying the role of Blacks and Latinas in the struggle.

- Another Obama First: Transgender people can serve openly in the U.S. military, effective immediately, Here are the new rules

- Republican Darryl Glenn, who is of African descent, won the Colorado Senate primary and will face Sen. Michael Bennet in the November election. According to the Denver Post, he currently leaves the door open to a GOP nominee other than Donald Trump and supports Ted Cruz becoming a Supreme Court judge.

- Trump dealt Gary into the game, took his chips and went home – from the NW Indiana Times

- The Republican-controlled House added a rider that reverses a House vote unpopular with conservatives earlier this year that bans the flying of Confederate flags in military cemeteries. This is one of the reasons the Democrats would not go along with the Zika funding bill. 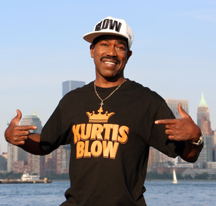 Online
In the next issue of Port Of Harlem:
Social Security Expansion on the Table