On The Dock This Issue:
Money Talks

Money and Marriage
By Nicolas Abrams

When it comes to marriages, finances are one of the leading causes for divorce. According to a survey done by the Institute for Divorce Financial Analysts, money issues are the third leading cause of divorce. One and two are “basic incompatibility” and “infidelity.”

Communication is imperative in any relationship, however when it comes to money and finances, it is one of the keys to a successful relationship.  Even before deciding to form any type of relationship, especially marriage, it is imperative that couples have an honest dialogue about their finances. This dialogue should range in topic from credit, debt, bill paying, and savings. Being able to discuss finances and money early in our relationships help alleviate the stress of finances later.  One of the first things I recommend couples to do when they start discussing marriage is to obtain their credit reports and discuss it with each other. Your credit report will show your bill paying history and how much debt you have.

Remember when you marry someone, you enter into a legal partnership with them. Their credit history and their debt will affect your ability to buy a house and make other large purchases together. Also, looking at your partner's credit report helps to let you know how responsible your partner is with money and what actions need to be taken before you are officially connected.

Another thing I recommend couples do prior and during their marriage is to discuss their goals. These goals can include starting a business.  Goals can include buying a home, savings for kids education, and retirement. Your goals will change throughout the course of your marriage, communicating them will help prepare for changes - - this can sometimes be difficult because what is important to one person may not be important to another. Remembering what’s good for the household is key.

Budgeting is an area in which most couples struggle. Having and sticking to a budget can also help ease the strain of finances in a relationship. The word “budget” intimidates people, so couples should find ways to make it fun. One example can be having a budget date night.

Look at the money that comes into the house each month. Next, get an accurate assessment of your expenses. The best way to do this is to look at your prior three months bank and credit card statements. Developing a budget is good, but most couples have problems sticking to and following a budget. Your budget should be revisited monthly and discussed and assessed by both people in the relationship.
Money issues are the third leading cause of divorce. One and two are “basic incompatibility” and “infidelity.”
Another thing that needs to be discussed in marriage includes how many bank accounts should a couple have.  Should you have a separate account or should everything be in one joint account. There is no right or wrong answer for this. It is solely up to what each couple feels works better for them.  It might be decided that it is better to have separate checking accounts and a joint savings. Or it could be decided that there is one account to pay bills from and all other accounts are separate. Whatever is decided it needs to be agreed upon by both people.

Money is a very serious subject matter to people. The lack of it and the misuse of it lead to anger and frustration.  When married, don’t be afraid to express your feelings to your partner. Money might be more important to your partner than to you and that needs to be recognized in the relationship.

Whatever your situation is, keeping the communication lines open can help make bad situations better and good situations even better.


Talk with The Abrams This Saturday

The U.S. Has More Guns than Any Other Country in the World

At least 50 people died and more than 50 were injured after a gunman identified by police as Omar Mateen opened fire in a crowded Orlando nightclub. The attack, occurring against the backdrop of a bitter presidential election, led to familiar political debates over gun control and terrorism.

Whatever comes of those debates, the shooting underscores a simple, indisputable fact: The United States of America has a lot of guns.  More than any other country in the world, in fact, by any measure.

The Secret History of Juneteenth

Before a standing room only crowd, historian and Port of Harlem contributor CR Gibbs opened his popular “The Secret History of Juneteenth” lecture declaring “Juneteenth is probably the fastest growing African-American holiday.”  However, Gibbs first made it clear that there is more to the day then as a time to commemorate the announcement of the abolition of slavery in Texas in June 1865, and more generally the emancipation of enslaved African-Americans in the Confederate South. 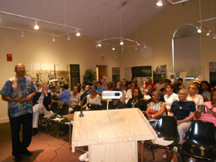 Before there was a United States, there were Black folks in what is now Latin America and the American Southwest including Blacks who were part of the Spanish expeditions, he explained. Even more so, says Gibbs, people should be aware that Mexico’s first Black president Vicente Guerrero ended slavery in Mexico, including Texas, which was then a part of Mexico, in 1829.

However, after the president’s assassination, pro-slavery forces were so bent on having enslaved people in Texas that by 1836 - - seven years later, they fought for Texas’ independence from Mexico at the Alamo. After winning independence, slavery was reinstituted in Texas until after the American Civil War. Which explains, he continued, why “Frederick Douglass was against the annexation of Texas to the United States.”

Gibbs presentation was the first of the A Port Of Harlem Summer at the Alexandria Black History Museum series.

The Alexandria Black History Museum hosts a series of programs from the pages of Port Of Harlem Magazine. All programs open with a 20-minute reception with light refreshments.

Reservations are strongly encouraged. To reserve your seat(s), call the Museum at (703) 746-4356, or click Register at the end of the event listings that are below that you want to attend.

Thursday, June 23, 6:00 p.m. – 8:00 p.m.
Workshop - Photography with George Tolbert – The former U.S. Senate photographer provides tips and techniques that will make the images you capture victorious. Participants are encouraged to bring their own images on a thumb drive or CD to garner tips on improvement during the session.
Free | Register

Saturday, July 9, 11:00 a.m. – 12:30 p.m.
Film: This Little Light of Mine: The Legacy of Fannie Lou Hamer - Meet iconic civil rights activist Fannie Lou Hamer, an often-overlooked heroine of the Civil Rights Movement. Director Robin Hamilton will discuss her work to shine a light on the life of this bold, unlettered woman in this award-winning documentary film. A question and answer session with Hamilton follows the film.
Fee $5.00 - pay at the door | Register

All events are free except for the screening of Fannie Lou Hamer, which is $5. Donations are encouraged to support future programming. Free street parking is available. The Alexandria Black History Museum is located at 902 Wythe Street, Alexandria, Virginia 22314, five blocks from the Braddock Road Metro Station on the Yellow and Blue Lines. For more information, please call 703.746.4356.

One Trinidadian, electrical engineer  Keith Preddie, worked for District of Columbia Consumer and Regulatory Affairs (DCRA) from  1981 to 1985. He worked  as an electrical reviewer and later as acting chief of electrical engineering, and since has been working  for himself, but 90 percent of his work has been with DCRA. The senior citizen will be barred from doing additional DCRA work unless he takes and passes a newly required test.

Preddie is part of a group of Washington, DC design professionals, inspectors, plan reviewers, and expediters who are seeking to halt the implementation of new DCRA policies that they say will affect the cost of building and making home repairs in Washington, DC. The policies are associated with the 2016 Third Party Program Procedure Manual and the Project Dox program.

“We call for DCRA to hold public and transparent hearings on the new policies associated with the Manual and program,” says Genell Anderson, President of AMAR- Architecture Management & Research company.

Anderson says the new licenses and policies associated with the Manual are extreme and regressive and the additional costs harm the ability of small and minority-owned businesses to remain in business and remain competitive.

Design professionals include architects and engineers. The group also includes non-government building inspectors and non-government construction plan reviewers, who have the authority to perform the duties of their respective District employee counterparts. Expediters walk paperwork through the DCRA approval process. Design professional pay for their services and pass them onto home builders and repairers.

Photo: Genell Anderson, as she appeared on the August - October 2004 cover of Port Of Harlem.

“I think profiling is something that we’re going to have to start thinking about as a country,” Trump said in an interview on CBS’ Face the Nation, when host John Dickerson asked Trump if he was open to having law enforcement officials single out Muslims in America.  According to a 2011 Pew Research study, nearly 4 of 10 Muslims in the United States were born in the United States.

House GOP dodges vote to block Harriet Tubman from $20 bill - the Rules Committee denied floor consideration of the proposal. Donald Trump has spoken against having Tubman on the popular $20 bill. 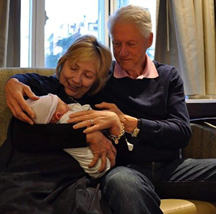 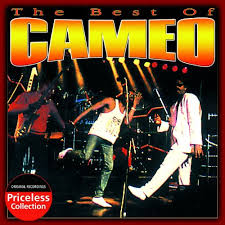