On The Dock This Issue:
Publisher's Point


Respecting our Ancestors’ Religions
By Wayne A. Young

I don’t know why I found it hard to believe that some people, including Black people, still believe that enslaved Africans were empty vessels open to being made whole by White enslavers. This belief in Black inferiority manifests itself in several ways.

Recently, what I experienced in impoverished Haiti was another startling manifestation of White supremacy when some fellow travelers displayed insensitivity toward Voodoo that is not shown toward many other belief systems - - especially those practiced in wealthier, non-Black nations such as Japan.

It took place while touring, as a reporter, the operations of an American-based Christian charity with some pastors when a 30-something-year-old Haitian employee of the charity profusely testified how some mid-western supporters of the charity answered his prayers and built him a home.  I was happy for his joy.

However, I thought he went too far when he disavowed his Voodoo ancestors and heritage. Did someone forget to tell him that it is not cool to dishonor your father and mother, especially in front of strangers and, even more so in public, no matter how bad you come to think they are?

Later, he proudly declared to his audience’s delight, that 80 percent of the villagers we were visiting had converted from Voodoo to Christianity and had stopped praying to the tree standing before us. As the audience began to snap pictures and say their amens, we got an awakening as a local began to give our guide a verbal beat down.

It soon became clear that the local did not want his picture taken. As with many people worldwide, some of the villagers believe that a snap of a camera could cause their soul unrest.

One pastor uttered to me that the locals were “ignorant.” And:

- No one in our group stopped the guide from desecrating our ancestors’ being.

- No one was interested in learning the role Voodoo played in our liberation.

- No one wanted to learn that Voodoo is more complex than beholding that particular tree as sacred.

- No one wanted to believe that aspects of Voodoo are probably practiced in their congregations.

The lack of religious and cultural sensitivity had me review my experiences with the belief system and seek new ones.

I first recalled Dr. Sharon Caulder, a former physical therapist turned Voodoo chief and author of The Mark of Voodoo.  She explained in Port Of Harlem (May 2002 - Oct 2002 print issue) that there are many Western misconceptions about Voodoo:  “Voodoo magic was originally used more for healing purposes than cursus. But then the Voodoo people were trapped in the lethal throws of slavery, they used their power and magic skills to save themselves. The enslaved practitioners were particularly successful in Haiti, which became the first independent Black nation in the Western world.” 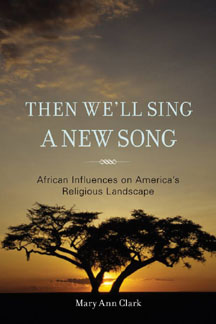 Then, I stumbled upon Dr. Many Ann Clark, author of Then We'll Sing a New Song: African Influences on America's Religious Landscape.  Like Caulder, she clarifies the misconceptions, many perpetuated by Hollywood racists. (See below,  Something to View)

However, what struck me most was Clark’s emphasis that enslaved Africans had their own “religious sensibilities,” some of which got incorporated into the enslavers’ belief systems. She pointed out that Africans from Congo and Angola had been Christians before the Spanish defeated and removed the conquering Muslims from Iberia and Columbus sailed the ocean blue. But, most importantly, as like other humans, they were not empty shells or 3/5 of a human (as declared in the original U.S. Constitution) waiting for White people to make them whole.

The enslaved Africans had a religious sensibility she insists that they shared and molded to fit their new environment. “The difference between an American religion and European Christianity is because of the influence of the many Africans who were brought here during the slave trade,” said Clark in our interview.

Just as secular dancing and singing sensibilities survived the Middle Passage, many religious traditions did, too. “The most obvious one is shouting and trance possession (getting the holy spirt) in evangelism. You cannot trace those influences back to European traditions,” continued Clark, whose book includes an extensive glossary, timeline, and references.
Yet, how many White evangelical Christians are in Japan delivering aid or calling Shinto and luxury Acura manufactures ignorant while counting the Christian conversations they make?

After interviewing Amir Muhammed of America’s Islamic Heritage Museum, I got another reality check on the verbal beat down episode, conversations, and the retention of practices as Muhammed told me Hajji Omar Ibn Sayyid’s story: Although an enslaved Sayyid converted to Christianity around 1820, many modern scholars believe he continued to be a practicing Muslim, based on dedications to Muhammad written in his Bible such as a 23rd Psalm transcription, which Said recorded in Arabic and which was later translated back into English. The re-translation reveals that the psalm is prefaced with the statement, "In the name of God, the merciful and gracious. May God have mercy on the prophet Mohammed."

In this document, Said had appended a traditional Muslim invocation to a holy text of the Judeo-Christian tradition—in a language which his master(s) could not understand.

Then, there are modern Japanese who “celebrate Christmas.” “The major religions in this (wealthy) nation are Buddhism and Shinto, so Christmas is more (of a) commercial event,” reports gojapango.com.  Yet, how many White evangelical Christians are in Japan delivering aid or calling Shinto and luxury Acura manufactures ignorant while counting the Christian conversations they make?

Unlike the Haitians, the Japanese are blessed with education, wealth, little crime, and they protect their heritage.  For some people says Muhammed of the museum, it is sometimes easier to put “faith over history.”

When protecting our heritage, maybe that is why so many do not have the sensitivity, tolerance, and respect for “more traditional” African belief systems and our ancestors who were devoted to them as does American Renee Stout and Gambian Ebrima Jallow.

Artist Stout says much of the inspiration of her work comes from the Civil Rights era where Blacks became to reclaim things African from various skin tones to various hair textures, but “pretty much stopped short of embracing African religious and spiritual philosophies on a wide scale in the same way.”  An exhibition of her works that explores the traditions and cultural practices of African Americans through exploration of an underground system of African-derived folk beliefs as transmitted from slavery to the present opens Tuesday, January 26 (new date). The American University Museum in Washington hosts her work along with that of several other diverse artists.

Though a Muslim, Jallow included a tour of his village’s traditional sacred sites on Christmas Day. With a sense of inclusivity, he said, we “will educate or refresh our memories of where we came from, who we are, and the way forward.”  The twenty-something Jallow continued that he wanted the young to know, “That our ancestors were leaders, determined, and success oriented people. So, these straits are expected of all current natives of the village.”

*TV’s Dennis the Menace (1959):  Dennis and the Witch Doctor:  Mr. Wilson is writing a magazine article about voodoo. Dennis gets the wrong idea and tells the whole neighborhood that Mr. Wilson is a witch doctor.

Academy Nominates All White Actors for Second Year in Row
“Creed” was written and directed by the Black Ryan Coogler and starred a Black man, but the only nominee was a White man. “Straight Outta Compton” had a great acting ensemble of mostly young, Black unknowns, and was directed by the Black F. Gary Gray. But the film’s only nomination: for its screenplay, written by two Caucasians.

The results have also caused a heated debate on how to respond including one between actresses Jada Pinkett-Smith and Janet Hubert. Hubert was the original Aunt Vivian on the "Fresh Prince of Belair," that starred Smith's husband, Will, who was not nominated despite his performance in "Concussion."

The Center for African Studies at Howard University and Africa Access have designated the first week of February as “Read Africa Week.”  “Join our effort to introduce young people to books vetted by African Studies scholars,” says Brenda Randolph, Director of Africa Access.

A passion for distinctive African children’s literature is a trait that distinguishes Brenda Randolph from many others.  And getting “better books about Africa” in the hands of American children is the focus of Africa Access, the organization she founded 26 years ago.

Read Africa Week is part of Africa Access’ promotion of the availability of books about Africa the organization has reviewed and deemed as being “more accurate, more balanced,” added Randolph.  The group reviews and lists recently published books and has a database of older releases on its web site. Africa Access does not profit from any of their sales.  “We are not a bookstore. We don’t sell anything,” clarified Randolph. How can you participate?

What’s In a Name 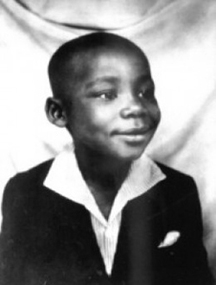 The story begins in the 1930s with the man now known as Martin Luther King, Sr. Born Michael King, the charismatic Baptist minister traveled to Berlin for the 5th Baptist World Alliance Congress in 1934.

Communities in Germany are marking the achievements of the inspirational German Martin Luther, the Father of the Reformation. Centuries-old cities, such as Lutherstadt Wittenberg and Erfurt, are counting down to 2017 and the 500th anniversary of the Reformation.  Click here for videos and images, 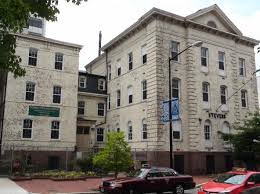 The Humane Society of the United States has sold its national headquarters near the Foggy Bottom Metro Station in Washington, DC to a team that will redevelop the site into a trophy-class office building and renovate the adjacent historically Black Thaddeus Stevens school.

Built in 1868, the school was named for Republican Congressman Stevens, who on February 5, 1866 introduced legislation to give the once enslaved "40 acres and a mule." However, Democrats opposed it, led by President Andrew Johnson. The front side of the US 20 dollar bill has featured Jackson since 1928.

The school’s notable alumni include Charles Drew, Roberta Flack, Robert Hooks, and Amy Carter. The Ivymount school, which specializes in school- and community-based services for children and young adults with special needs, will be the lead tenant in the renovated Stevens.