With this festival, Washington DC joins a global network of Nuit Blanche all-night arts events. The event started in Paris in 2002 and has since captivated audiences from Montreal to Melbourne.

As part of the Congress Heights, DC celebration, the DC Humanities Council will sponsor the Humanities, Art, and Technology Festival (HAT) at the R.I.S.E. Center on the St. Elizabeth’s campus and the Port Of Harlem Gambian Education Partnership (POHGEP) won a grant to conduct four of its programs:

Facebook Chat with Gambians.  Participants will engage in Facebook conversations with teenage and young adult Gambians living in the West African country who participate in POHGEP’s Facebook Friends group.

From Studio to Mansion:  Making a Happy Place.  Sherry Burton, founding principal designer of Kreative Ways & Solutions, will walk participants through the value of decluttering, choosing colors, and designing multi-functional spaces. The workshop will spark the creativity of participants as they explore how to create their own happy spaces regardless of the size of their space.

Afro and Latino.  It’s Hispanic Month and Jonathan French will show “Unexpected Faces in Unexpected Places,” a slide show and discussion on the Afro-Latino communities he visited during trips to Central and South America. Erica Harding, producer of “On Our Land: Being Garifuna in Honduras,” will follow French with her 20-minute film showcasing the Garifuna people of Honduras.

Viewing of the House Maid. There’s Hollywood, Bollywood, Nollywood, and yes, Gollywood. Set in Gambia, West Africa and written by Gambian Bubacarr Jallow, the 90-minute film is about a wife who loses her man to their maid.

The Nigerian-American Behind Will Smith’s New Movie
“See, I grew up in Africa, in Nigeria. I never knew, I never had any reasonable encounter with football,” said forensic pathologist Dr. Bennet  Omalu to PBS’ Frontline.  It was Omalu who conducted the autopsy of Pittsburgh Steelers center Mike Webster, which led to his discovery of a new disease that he named chronic traumatic encephalopathy or CTE.

Concussion, Will Smith's newest film tells the true story of Nigerian-born Omalu. The movie is scheduled to be released Christmas Day.

As most reasonable people would have concluded, Omalu said he knew something was bizarre about Webster’s death. “If he played football for them to wear helmets and all those protective gear, that meant it was a violent game. That meant they were exposed to repeated trauma to justify the need to wear a helmet. And then I said to myself, if he had such a bizarre life after football, could this not be similar to what we see in boxers, dementia pugilistica?”

People criticized his thinking, he said.  He told Frontline, “Yes, some of them actually said that I'm attacking the American way of life. ‘How dare you, a foreigner like you from Nigeria? What is Nigeria known for, the eighth most corrupt country in the world? Who are you? Who do you think you are to come to tell us how to live our lives?’” 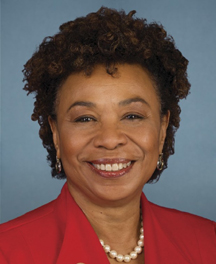 President Obama nominated Rep. Barbara Lee (D-Oakland) to be a U.S. representative to the 68th Session of the United Nations General Assembly. If her nomination is confirmed by the U.S. Senate, Lee will continue to represent her House district while assuming the new duties at the U.N.

Lee said she is "deeply honored" to be among the nominees. Along with Lee, the president intends to nominate U.S. Rep. Chris Smith (R-NJ) and Cassandra Butts of the Millennium Challenge Corporation.

Lee has a long history opposing military action: Most notably, on September 15, 2001 when the US Congress approved a resolution authorizing President Bush to use "all necessary and appropriate force" against anyone associated with the terrorist attacks of September 11. The lone dissenting vote was a colonel's daughter – Lee. Subsequently, the U.S. invaded Iraq.

She is currently among the first and most vocal House members to adamantly oppose military action against Syria in response to the use of chemical weapons in that nation's civil war.

The General Assembly is the United Nations' main deliberative, policy-making, and representative organ, with five representatives and five alternates from each of the 193 member nations. It meets in regular session intensively from September to December each year, and thereafter as required.

Billie Holiday Hologram Performs in Harlem
Hologram USA recently partnered with the Apollo Theater in Harlem and will help host a series of hologram performances. The partnership will kick off with a "performance" from Billie Holiday and that debuts around Thanksgiving.

"Billie is going to be able to talk about the history of the Apollo. She can take questions from the audience in an interesting way. She can sing some songs," The New York Times quoted Apollo President Jonelle Procope as saying.

POHGEP Raises $115 Needs $870.28
Thank you Port Of Harlem readers for making the $115 in contributions we have already received and to those who have made pledges to contribute by October 1. We still need $870.28 to meet our goal of providing 16 scholarships to deserving elementary and middle school Gambians. 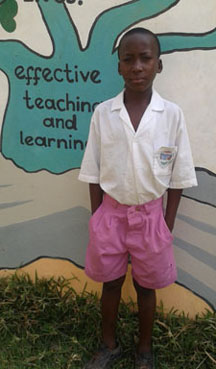