If Opening From an E-mail, Click Here for a Possible Better Viewing

On The Dock This Issue:
White Supremacists More Deadly than Jihadist 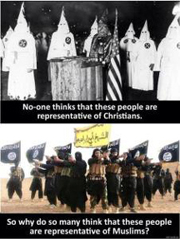 Since 9/11, White right-wing terrorists have killed almost twice as many Americans in homegrown attacks than radical Islamists have, according to research by the New America Foundation.

They found that 48 people were killed by White terrorists, while radical Islamists killed 26 people, since September 11. Read More

Meanwhile, while some have attributed the recent racial attacks on the “browning” of America, the US Census Bureau  announced that the country’s minority population increased from 32.9% of U.S. residents in 2004 to 37.9% in 2014 - - with four states — Hawaii, California, New Mexico and Texas — along with Washington, D.C., now majority-minority. Nevada, which has 48.5% minority population, is likely next. Read More

By retired judge Vanzetta Penn McPherson
The domestic terrorist who committed the Charleston massacre last week did not act alone. His manifesto and resulting acts of murder are shamefully contemporary links in a historical chain of American racism. He is not an original. And his dastardly deeds are not solely the result of his individual decision to kill nine black people . . .

Just as jihadists wage war against non-Muslims, modern-day Confederates continue to wage war against Blacks. All of them are resourced by historical ancestry, government policies, and social custom. There are no lone actors in either clan.

Buy Black is Back in DC
The NAACP DC Branch is launching a “Strengthen the Black Dollar Campaign” to educate, encourage, and empower Black consumers and Black businesses.  Nationwide, the Black community collectively
possesses $1.2 trillion dollars in spending power, yet it continues to have the highest rates of unemployment, the highest levels of debt, and the lowest median family income levels compared to other races.

The NAACP designed the year- long campaign to enhance the visibility of Black-owned businesses in DC and raise awareness within the Black community regarding the importance of buying Black with the hopes of increasing support that Black businesses receive from DC residents and other Black owners.

Click here to particpate in a survey on Black businesses


From Fidelity
Are you prepared? While it used to be that families cared for their aging relatives because there was no other option, today’s elderly increasingly rely on professional care from home health aides and nursing homes, particularly when significant care is needed. That can become pricey.

Essentially, there are four different ways to pay for long-term care: government assistance; traditional long-term-care insurance; “hybrid” insurance, which offers life insurance or annuity benefits with long-term-care coverage; and personal savings. Which you choose depends largely on your financial circumstances—both now and in retirement. 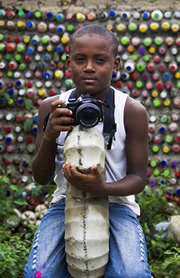 Jonathan French, who has contributed many international travel articles to Port Of Harlem curated
Innocent Eyes of Tierra Bomba, a photography exhibit.  The exhibit opens at the Vivid Solutions Gallery, 1231 Good Hope Road in Washington, Friday, July 10, from 6p to 9p.

The exhibit is the result of his travels to Columbia, South America where he led photographers who worked with Colombian children.  With cameras, the children documented their lives. Last year, French won the East of the River Distinguished Artist Award.