On The Dock This Issue:
Feature 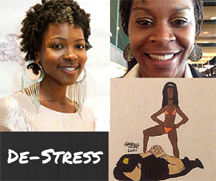 Stress is and will always be a part of my life. Work, personal life, family, and the constant struggles of living as an African-American woman in the United States of America make dealing with stress inevitable.

A few days ago, I learned that 28-year-old Sandra Bland was stopped by the police in Houston, Texas and found dead in her jail cell three days after her arrest.  According to authorities, Bland’s death was an apparent suicide.  Her death became an additional source of tension.

The same stressful weight appeared when I had learned of the deaths of Trayvon Martin, Michael Brown, Tamir Rice, and other African-Americans who died senselessly. But, Bland’s untimely transition hit a different pressure point because Bland’s story could have very well been my own.

She and I have similar profiles including being focused and educated African-American women, who are concerned about police brutality.  She was four years my junior and a supporter of equality for African-Americans.  Each time I read an article or watched a video on Bland, the anxiety levels in my body grew stronger.

Sometimes, the weight of the stress made it difficult for me to focus on my work and personal life and the events changed my regular pattern of thinking including taking a short 15-minute trip to Virginia one night.  Normally, I would wing it but, one of my tail lights was out and I asked my boyfriend if I could drive his car simply because I didn't want to be stopped by the police for absolutely any reason.

On another day, I sat scouring my computer for more information on Bland and a slow ache began to build up in my shoulders, head, and chest. I was tempted to sit there until the ache subsided.  But, I did not. I called my mom and started talking about Bland’s case and how I felt. After our conversation, the ache had lessened, but the pain was still there.

Stress is a killer.  Chronic exposure to stress can lead to elevated inflammation in the heart and an increase risk of developing cardiovascular disease.  Even people who are mentally healthy and have no signs of elevated stress levels can begin to display adverse effects of stress if they are exposed to it on a daily basis.

Sometimes, the weight of the stress made it difficult for me to focus on my work and personal life and the events changed my regular pattern of thinking including taking a short 15-minute trip to Virginia one night. To deal with the extra stress, the next day, I drove to East Potomac Park in Washington, DC and took a three mile walk. As I enjoyed the scenery of the park, the backdrop of the Washington Monument and the Thomas Jefferson Memorial, a bit of the weight started to lift. An hour later, the weight was still there, but much lighter. My thinking became clearer and my breathing  had improved.

The same night of my walk, I hung out with friends. We talked and laughed and reminisced about college days.  My tension levels slowly, but surely begin to decrease until the weight was no longer the consistent ache it had been before.

As a fitness professional, my first recommendation to anyone suffering from stress is to exercise. In my case, exercise, in addition to talking with a trusted family member and enjoying time with friends, helped me to de-stress. But, I recognize that exercise may not be the cure for everyone. Having a system of combating stress is the safest and healthiest way for me to deal with the inevitable tension, and that includes being open to seeking professional help.

As Times Change: Tyra Hunter Remembered
“This bitch ain’t no girl - - it’s a nigger, he’s got dick,” is what bystanders told reporters they heard a Washington, DC medic say as he provided 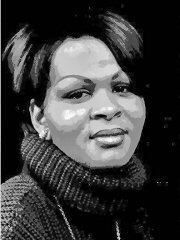 medical attention to Tyra Hunter . That was August 7, 1995, after 24-year-old Hunter, who was transgender, was in a car accident and died at 50th and C Streets, SE in Washington, D.C.

On December 11, 1998, a jury awarded Hunter's mother, Margie, $2.9 million after finding the District of Columbia, through its employees in the D.C. Fire Department and doctors at D.C. General, liable under the D.C. Human Rights Act and for negligence and medical malpractice for causing Tyra's death. 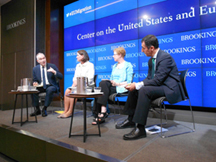 Cem Ozdemir, co-chairman of the German political party Alliance ‘90s/The Greens, was very clear that he would like to see Europe place more value on diversity and accepting the recent influx of African and Middle-Eastern immigrants. “It is a real challenge for our societies,” added the German of Turkish descent at a Brookings Institute forum.

He called for a genuine partnership between the immigrant’s countries of origin, countries of transit, and countries of destination to teach the immigrants the local language, educate them, and assist them with finding jobs. He made his stand as he blasted arrangements such as the Australian agreement to provide Cambodia financial assistance to accept Australia’s illegal immigrants. 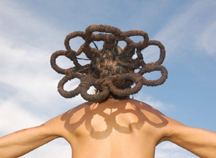 After an international tour display in Paramaribo, Suriname and Paris, France, Green Space NYC Civic Art Lab will host the photography exhibit BAD Hair Uprooted, A Celebration of Black Follicles. “Black people are the only people on planet earth who don't have the fundamental human right to wear their God-given tresses naturally,” said photographer and Suriname native Mireille Liong-A-Kong. Liong also says that that right to wear ones hair natural is also a health issue. She added, “An overwhelming 73% of African American women are suffering from relaxer-induced alopecia, hair loss related to chemical straighteners.”

Her personal struggle with relaxer induced hair loss inspired the University of Amsterdam graduate to use her IT expertise for social change. Known as the first woman in Holland to build a website, she created going-natural.com, the first social web and networking site for natural hair.

From Our Archives:  Going Natural-Going French 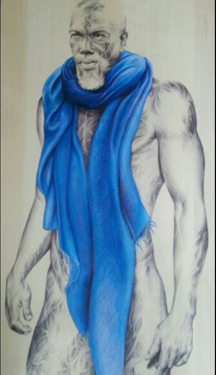