Look at the scheduled date for a show. You can listen to any recorded episode, at any time. Click a guest’s name or image, the Anchor by Spotify page appears.

On that page, the show you want appears at the top. You can click the “go” arrow for that show or any show you want to hear. Enjoy!

New:  Get Notice When We Release New Podcasts

If you are a subscriber, from your email box, open your Port Of Harlem email, and click the “Update Profile” link that is the second line from the very bottom of this email. Your Profile appears. In your profile, click: B - Port Of Harlem Podcasts (send me a notice when you release a new podcast). Also, please make sure your city and state are in your profile.

If you are not a subscriber, click the Sign Up button that is below. When completing your Interest List, make sure you click "B - Port Of Harlem Talk Radio (send me a notice when you release a new podcast)".  Also, please make sure your city and state are in your profile.

Half (50 percent) off all donations go to the Port Of Harlem Gambian Education Partnership (POHGEP) and half to Port Of Harlem magazine. POHGEP provides technical and financial assistance to educational and economic development institutions in The Gambia, become a supporter today. 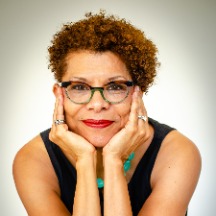 Sheryll Cashin, a law professor and former White House staffer, has spent nearly three decades grappling with US residential segregation and resulting racial inequality. Her most recent book, “White Space, Black Hood: Opportunity Hoarding and Segregation in the Age of Inequality” reflects these decades of examination and analysis.

She recently was featured in an CNN.com analysis of affluent, majority-white Buckhead seeking to secede from Atlanta. At the invitation of Chairwoman Maxine Waters, she will be testifying on residential exclusion and what to do about it Fri, Oct 15. We talk with her on the next Port of Harlem Talk Radio. 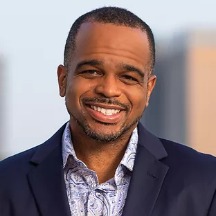 Join Douglas Wilson, a seasoned political consultant, and POH publisher Wayne Young as they talk about the get-out-the-vote strategies to increase Black men's midterm turnout in light of the Supreme Court’s Roe decision.

Douglas is an activist, author, and political professional who has run races nationwide at the local, state, and federal levels. He served as regional field director for President Barack Obama’s primary campaign, political director and vice president for the North Carolina Democratic Party, and advised several candidates who are now on the Charlotte City Council. 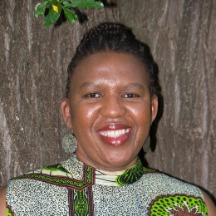 Lorato Trok is an early literacy consultant and expert in developing reading for pleasure books for young children, especially in African languages. She has 20 years' experience in publishing, writing, translation, editing and story development in children's literature. She also penned The Incredible Quest to Preserve a Dying South African Language for Port Of Harlem magazine and featured in Lorato Trok and The Politics and Economics of Language.

Trok’s Against The Odds: The Story of Rosina Sedibane Modiba is available in the US and other countries and now in the UN’s Sustainable Development Goals Africa Book Club. 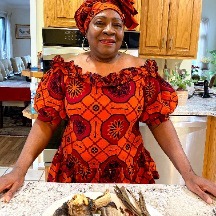 Liberian-American Roberta Nina Sebode Brown Cooper has traveled the world as an international flight attendant and discovered African cuisine. Her quest and determination to introduce and educate her world on African cooking led her to write AFRICAN FOOD IS…A Culinary Journey. She also serves as the President of the Marylanders for Progress (Liberia), Inc.

She appears at a book signing at Zawadi’s in DC on Saturday June 4, 1p-3p. 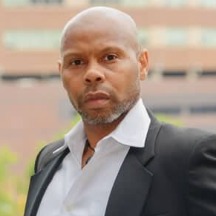 We talk with director Eric Ruffin, director of Mosaic Theater’s upcoming play Marys Seacole and find out more about Seacole and how Ruffin will shape the H Street theater’s story of this pioneering woman of African heritage.

She made her mark in The Caribbean, Central America, Europe, and with Americans going overland to the California Gold Rush via Panama. It’s her work during the Crimean War (1853-1856) that rivals that of Florence Nightingale'sduring the same conflict. Seacole had even been practicing herbal remedies and hygiene decades before Nightingale. Yet, Nightingale is often acknowledged as the pioneer of modern nursing. The play Marys Seacole is helping to change that.