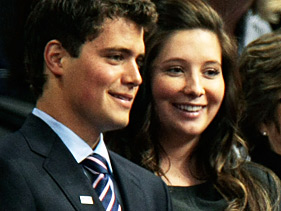 Political commentators are lining up to chime in on news that Republican vice presidential candidate Sarah Palin's teenage daughter is pregnant. But an important reality is quickly getting lost in the din of political punditry: Too many young women like 17- year-old Bristol Palin are forced to make choices about their sex lives without access to honest, accurate, comprehensive information. And Gov. Palin and Sen. John McCain support policies that will further limit access to that information. The Palin family should be applauded for standing behind their daughter as she becomes a new mother -and beyond that, everybody on all sides of the political debate should stay out of their lives.  But the McCain/Palin position on youth sexual health is both appropriate and crucial to discuss. In her 2006 gubernatorial run, Gov. Palin answered a conservative advocacy group's questionnaire by saying she would not support comprehensive sex education or access to contraceptives in schools, and that she would support abstinence-only sex education. Such policies have already proven disastrous for the sexual health of our youth. Funding for abstinence- only sex education skyrocketed during the Bush administration, despite no evidence that it works. Study after study has since proven abstinence-only education an utter failure. Whatever choices young Bristol Palin, her boyfriend, and their families make are their own business. Sadly, these are choices that teens, often without the support of their families, have to make every day. We hope and pray that they have access to the information and support they need to make wise ones. But the policy choices Sen. McCain and Gov. Palin make are everybody's business. We must demand that our next president ensure access to comprehensive, accurate, science-based information and to the tools necessary for all Americans to pursue healthy sexual relationships.
Photo:  Bristol Palin and her baby's daddy.
New Women’s Store in Downtown Silver Spring 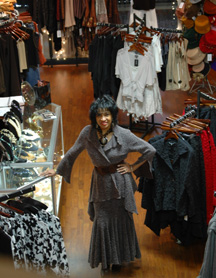